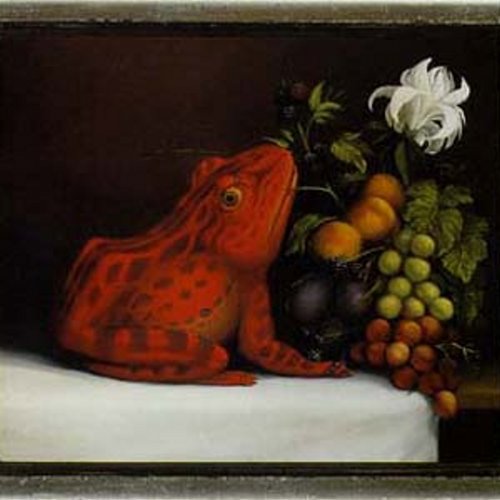 A promising collaboration between this Boston instrumental ensemble and the legendary avant-folk guitarist collapses under the burden of hero worship, hellish recording conditions, and incompatible working methods. A melange of spartan finger-picking and Forbidden Planet-like sound effects fail to ever coalesce, with the earthy guitar and antiseptic electronics seeming to unfold in entirely separate acoustic spaces. The title (an allusion to the classic Fahey LP, The Transfiguration of Blind Joe Death) refers to Cul de Sac leader Glenn Jones' painful abdication of his vision of an album crafted in Fahey's mid-60s style (preempted by the crotchety guitar guru's refusal to play material the group had rehearsed), and his surrender to the senior artist's spontaneous studio technique. Only "The New Red Pony" recognizably deploys Cul de Sac's full bass/drums/guitar/electronics line-up, with most of the album comprising an uncomfortable John Fahey/Glenn Jones duet. On "Nothing" and "More Nothing" Fahey ventures an epigrammatic spoken word piece in the tradition of John Cage, but can only manage something distressingly akin to the mutterings of a brain-damaged wino. While conceptually intriguing, this meeting of a careworn 60s icon and 90s psychedelic torch bearers serves at best as an object lesson in the dangers and disillusionments inherent in idolatry.