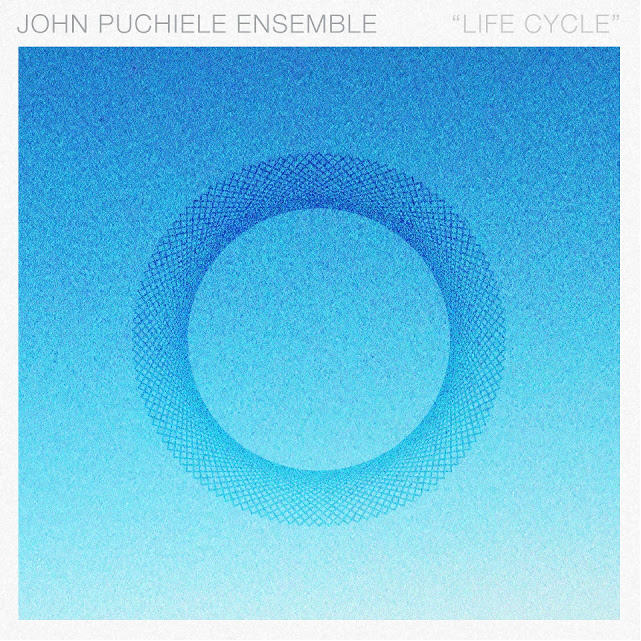 One could be forgiven for thinking this is a purely solo project, as no musician credits for the members of the ‘ensemble’ are given, and frankly, it does sound like that’s the case. Puchiele, a former member of the Glass Orchestra (a Toronto based New Music ensemble that played instruments made exclusively of glass – hand-made glass instruments like flute, glass harmonica, xylophone, as well as wine glasses, glass tubes, bottles, and so on) is the only one credited. But with Life Cycle what we hear are mostly floating sounds, presumably built with synthesizers using ‘string’ sound patches, as well as loops borne of heavily processed sounds of mysterious acoustic origins, occasionally sounding like voices, all layered into orchestral textures. One exception is the cut "Life Gets Busy II," where well defined keyboard sounds ascend into the patterned minimalist territory of composers like Steve Reich, and thus offers a stand-out among the other more ambient, though melodically charged cuts, which tend to recall the earlier work of Larry Kucharz and similarly inclined composers. This is very easy to like, perfect as de-stressing background music or as a concentrated listening journey that one can get lost within. None of the thirteen compositions overstay their welcome, and their evolving nature and lack of repetition keep the program interesting from beginning to end.