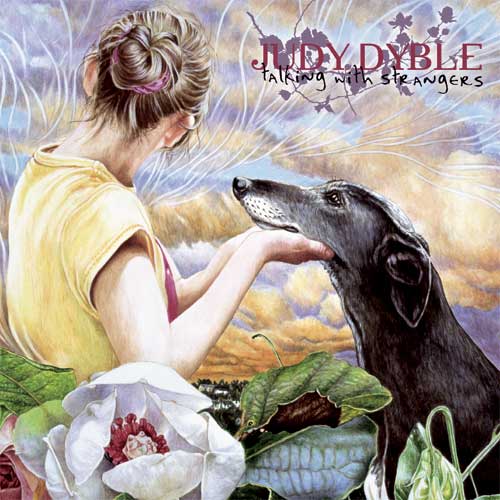 For those of you not old enough to remember, Judy Dyble was Fairport Convention’s original vocalist who left after their first album. She then hooked up with Ian McDonald and the original line up of Giles, Giles, and Fripp and some other groups along the way. Then Judy dropped out in 1973 only to return in 2004. Talking with Strangers is her fourth release since then. Co-written by Judy, Tim Bowness (No-Man), and Alistair Murphy (curator of the Cromer Museum), Talking with Strangers is a mixture of folk, acid folk, jazz, and progressive rock. Judy is accompanied by an all-star lineup of her friends: Ian McDonald, Robert Fripp, Simon Nicol, Julianne Regan (All About Eve), Jacqui McShee, Celia Humphris (Trees), and Pat Mastelotto. Judy’s voice is rich and vibrant, that of a much younger woman, and her excellent cover of Greg Lake’s “C’est la vie” is so beautiful that you could fall in love. Though Tim Bowness is in the background, you can definitely feel his presence throughout, especially the sadness of the title track, “Grey October Day,” and the 19 minute “Harpsong.” “Harpsong” is an oddball in that it appears to end after five minutes only to begin anew with lyrics that could have come from No-Man’s Schoolyard Ghosts. This is a poignant song about Judy restarting her career. Then at roughly the nine-minute mark, the music shifts to a King Crimson-esque jam, with Judy returning to the original melody to close the song on an upbeat. Highly recommended.