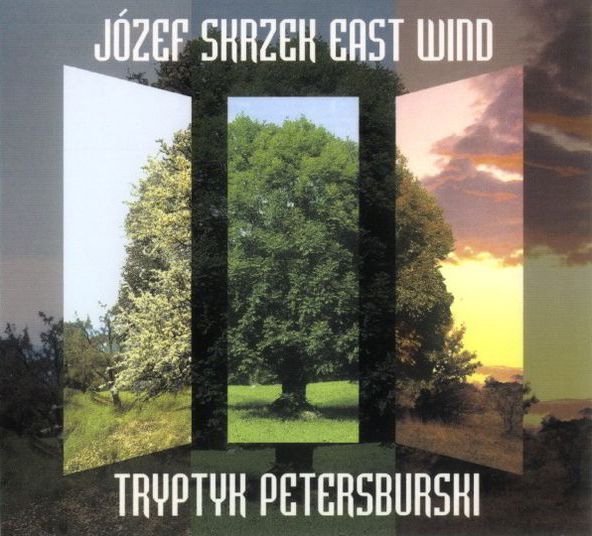 Skrzek is forever full of surprises, and this disc containing material hand-picked from three live performances with his East Wind quintet is certainly one of those. Most will probably know Skrzek as the founding member, vocalist and keyboardist of SBB, a band still going strong after nearly 40 years. East Wind is another one of his bands, featuring three Polish members, one Russian, and one Ukrainian. Doubling on a second stack of keyboards (and vocals) is Michail Ogorodov, with drummer Aleksandr Ragazanov, percussionist Michal Giercuszkiewicz, and sublime female vocalist Roksana Vikaluk balancing out the lineup. Their music together tends to be a somewhat world influenced keyboard extravaganza (grand piano, church organ, various Moogs, string ensembles, and other electronic keyboards), awash in layers of shimmering textures, beautiful melodic evocations, gentle percussive elements, and multiple harmonizing voices. The drums are used sparingly, and mostly in an orchestral way (no steady rock or jazz beats here whatsoever), and the overall feel of the ten pieces presented here is somewhat quiet and introspective, drawing some inspiration from classical forms, but arriving at someplace entirely new. Roksana’s voice is simply amazing, in that she can reach stratospheric heights and still command it with a power and presence that is stupefying. Likewise, the instrumentalists understand the value of dynamics, restraint, and control. All taken, Tryptyk is a stunning collection of performances that I can easily recommend.

Ancient Future - Planet Passion – The previous release by this SF Bay Area world-fusion unit led by guitarist Matthew Montfort was 1993’s Asian Fusion (reviewed in Exposé #2), so after such a long lapse we were caught off guard...  (2003) » Read more