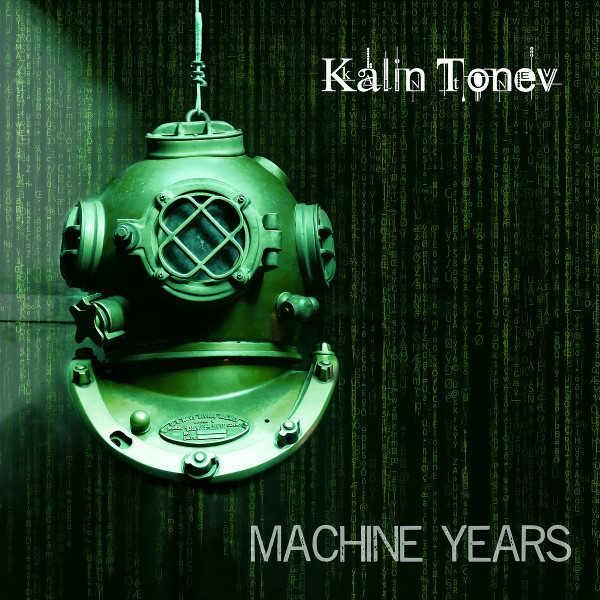 Bulgarian musician Калин Тонев (Kalin Tonev) has been involved in prog rock since 2008, starting as the leader of TravelHouse. He has been working on his solo album Machine Years for a number of years, and finally released it in January 2017. The 13 tracks are massively injected with classic 70s Hammond organ, metal guitar, heavy bass, and drums. On this solo effort, Kalin is joined on various tracks by guitarists Nenko Milev, Daniel Eliseev, and Biser Ivanov. The limited information that is available credits Kalin on keys, samples, and programming, so I’m not sure who is playing drums, percussion, and bass. These instruments sound live, but I suppose they could be samples. The opening bars of the album are refreshing Hammond-organ-dominated prog rock. But after a few tracks, each new track tends to be a variation of one theme. Taken out of context of the album, each track can stand on its own, but taken together as an album there is not enough variation or diversity to keep the listener engaged for the 65 minutes needed to listen to the entire album. The music is retro 70s / 80s keyboard centered prog rock instrumentals, with a nod to Keith Emerson. However, I do not detect any classical music themes running through these instrumentals. There are a couple of breaks from Kalin’s instrumental formula; “Dust” with acoustic guitar, drums, and synths; “Garden,” which is a quiet jazzy piece of reverbed bass, keys, and drums; and “This Empty Space” that is not musically empty, but the loud energetic riffing stops about a minute before the end with the track turning ambient and slowly trailing off. Machine Years is sure to please those yearning for 70s Hammond organ rock instrumentals.

James Coleman - Zuihutsu – We’re all familiar with the swooping outer-space sound of the theremin, the venerable electronic instrument played by waving the hands in the air around an antenna, so when I received a copy of a...  (2003) » Read more

A Song for People Born in August