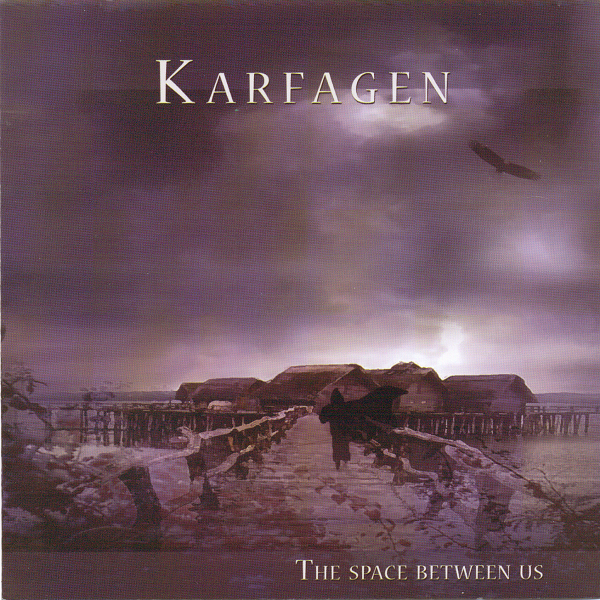 Karfagen (means Carthage) is a Ukrainian band that plays an odd mixture of New Age, cabaret, jazz fusion, and TV variety show instrumental music. The Space between Us is their second release containing 16 tracks totaling 65 minutes. The band plays keyboards, flutes, percussion, electric and acoustic guitars, harmonica, bass, and accordion. There are some vocals, but they are usually wordless choruses conjuring up images of 60s variety shows like the Smothers Brothers. Unfortunately, overall the music lacks spirit. It just sounds as if the band is going through its paces and nothing new or exciting ever happens. The music is pleasant, but not compelling. Unicorn Digital is promoting Karfagen as a neo-progressive group, but in my opinion there are only rare moments on this disc that would justify this label. About the only track of interest is the beautiful piano instrumental “The Dream Master,” but not enough to justify a recommendation for this release.