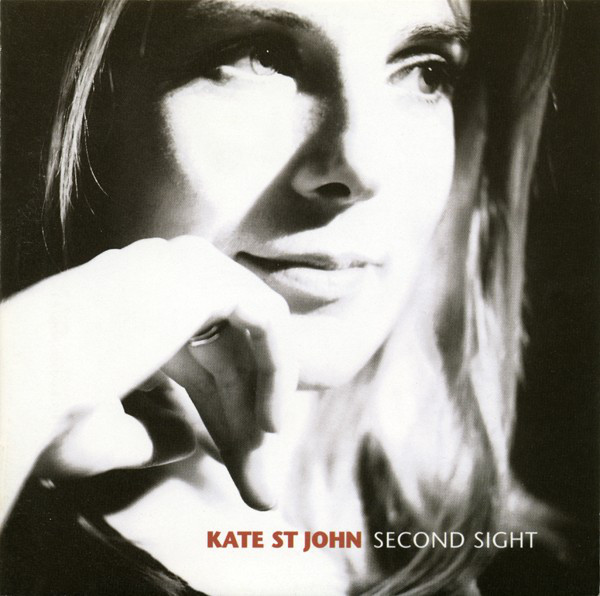 When I reviewed Channel Light Vessel's recent disc, Excellent Spirits, I noticed a subtle contribution made by the sole female member of the band. Kate St. John is not your typical ambient woman in the company of luminaries such as Bill Nelson, Laraaji, and Roger Eno (all co-members of the modern supergroup, Channel Light Vessel). I recognized her pure young girlish soprano quality without being breathy (like Nico or Marianne Faithful) or grating (as with feminist aggressive vocalist Ani DiFranco). Kate's newest solo album, Second Sight, is a lush set of vocal ballads with string quintet arrangements and small group ensemble (slide guitar, string bass, etc.). All tracks are vocal except for the excellent "Notta senza Amore," a romantic French sidewalk café number featuring accordion and oboe. St. John is adept at creating open formats for her deceptively simple songs using the noted Quintet Alhambra on six tracks. Roger Eno also adds piano on several pieces as well, having worked with her previously as well on his solo albums. Longtime Fairport Convention member, Simon Nicol makes a cameo acoustic guitar appearance on "When the Warm Winds Blow," a song about escape from woe. Lyrically the songs are pretty light fare, but with personal sentiment vagaries. St. John's work could easily be written off as a 'pop singer goes to France and makes an album' scenario but there is a special innocence and fragility making it a secret European treasure.