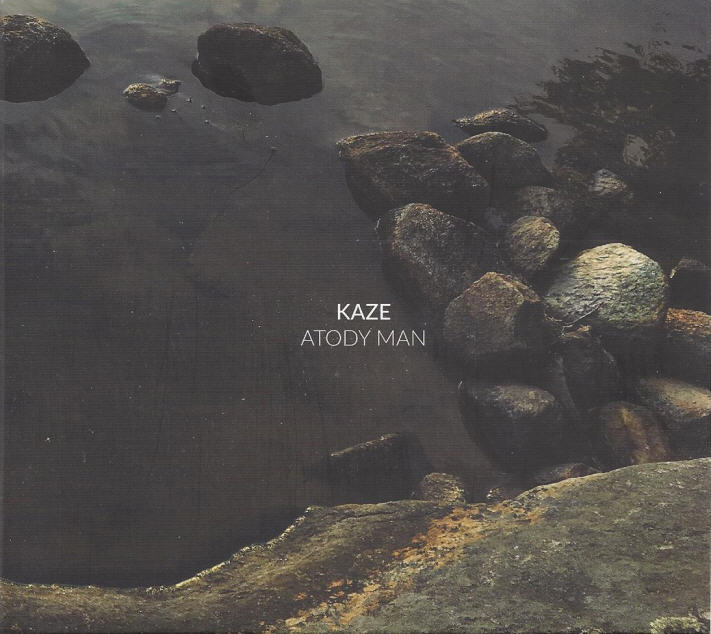 This is disc #2 in Satoko Fujii’s CD-of-the-month releases commemorating the year of her 60th birthday, so this one is to be released on February 23rd, which is a couple weeks from the date of this writing, but with as many reviews we have queued up at Exposé, you may not be reading this until April! I have been researching what the title Atody Man means while listening to this numerous times prepping for this review, but all attempts at that discovery have eluded me; every attempt at a search for “Atody Man” (also the sixth and final track on this disc) has only ended up pointing back to this release. The group is the same as the previous release Uminari, from 2015 (the Trouble Kaze release from 2017 involved a couple additional musicians): Satoko Fujii on piano, of course, trumpeters Christian Pruvost and Natsuki Tamura, and drummer Peter Orins, who also did the mix, edit, and graphic design. The six compositional frameworks at hand (two by Fujii, two by Orins, and one each by Tamura an Pruvost — most of which approach or exceed the ten minute mark), per drummer Orins, have always been an excuse for improvisation, and indeed a lot of the music here sounds like they made it up as they went along, but without that this might not be quite the adventure that it is. Above all, this is a group of four master musicians communicating in real time as they move through a web of ideas, not necessarily something scored and rigid to follow. It’s nominally jazz, but there are a lot of classical and purely avant-garde elements in the mix here, and on the first few plays some of this might seem like difficult listening until you relax and soak it in, then the sheer beauty of it will shine through what originally seemed like rough edges and chaos, with each player offering their unique interpretations as it proceeds.