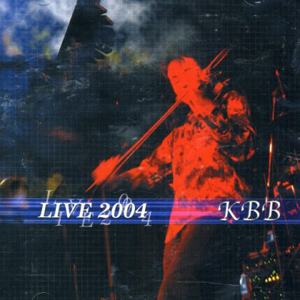 Guitarists may get the lion’s share of attention in fusion and prog, but there have always been leaders on other instruments. For violin, the story probably starts with Jean-Luc Ponty, and we can all probably name a few others. Add to that list Akihisa Tsuboy if you haven’t already. He fronts this Japanese quartet, backed by keyboards, bass and drums, and his playing is the primary focus of the band. He covers a range of tones, from relatively natural to highly effected with wah-wah, chorus, and echo. He has the technical skills to hold his own without a guitarist as a foil, building his solos up to frenetic peaks sure to please any fusion fan. The generally lengthy tunes (from six to thirteen minutes) allow lots of room to stretch out, though they are not built entirely on indulgent soloing, instead featuring a variety of sections and contrasting moods. The seven tracks cover the band’s first two albums, plus one new tune, “Inner Flames,” which is my favorite of the set, with a great bass line recurring for sections throughout, some stellar keyboard work on organ, synth, and electric piano, and a wild violin solo. The only real flaw of the music is that sometimes they briefly succumb to the beauty of their own melodies and lapse into near-New-Age territory, but those moments are brief and not egregious enough to seriously mar this great release.