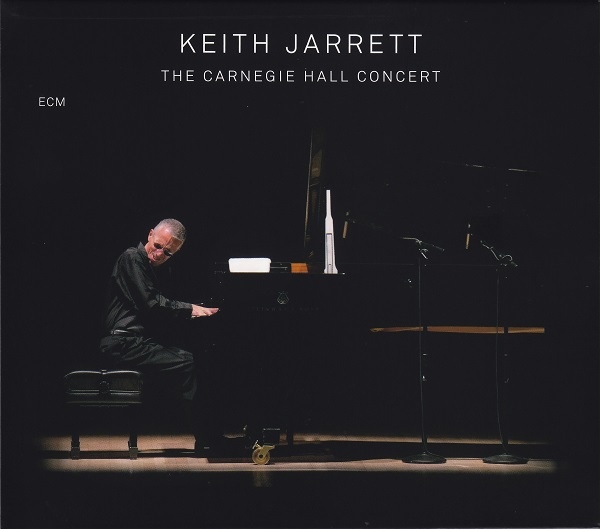 Recorded live in September of last year at the most prestigious hall in New York, this collection of one multipart improvisation and five additional songs can be seen as a crowning statement of Jarrett’s nearly 40 year career. Jarrett has long been a forceful purveyor of the acoustic piano. In a personalized bond he forged with the instrument in the late 60s and early 70s he established a lifelong quest for that elusive melodic and rhythmic end state. What is sincerely captured in this nearly two hour performance is an in depth look at nearly every solo facet of his career laid bare for a rapturous audience who appropriately shower the performer with applause over every heartfelt passage. The truly amazing aspect of the performance is how far the keyboardist still prods to get to push those more than a few moments of nirvana before moving onto another well planned, serpentine phrase. On the ten part track, parts one, four, six and nine are prone to searching for this melodic high point from varying starting points, some more anxious than others. Part five and eight capture emotively serene moments; “V” is more restrained and moody while part “VIII” is sincere and gentle. Of the stand-alone songs that end the concert, “The Good America” and “True Blues” show two distinct contrasting sides of the pianist. The former piece is a calming ballad that embodies the best of Jarrett’s melodic prowess. The latter song is no doubt a soulful relief piece that lightens the overall mood and provides a joyful springboard for the closing track, “Time on My Hands.” If you have not previously heard Jarrett’s solo playing before or if you are a long time fan of the capabilities of the acoustic piano, this recording is an essential listen on several levels.

Various Artists - Pioggia nel Deserto – There is a whole branch of Artis' output that we won't go into here, suffice to sat that the compilation Pioggia nel Deserto, which showcases tracks by eight different artists, could be...  (1995) » Read more

It's a Tough Way to Make a Living