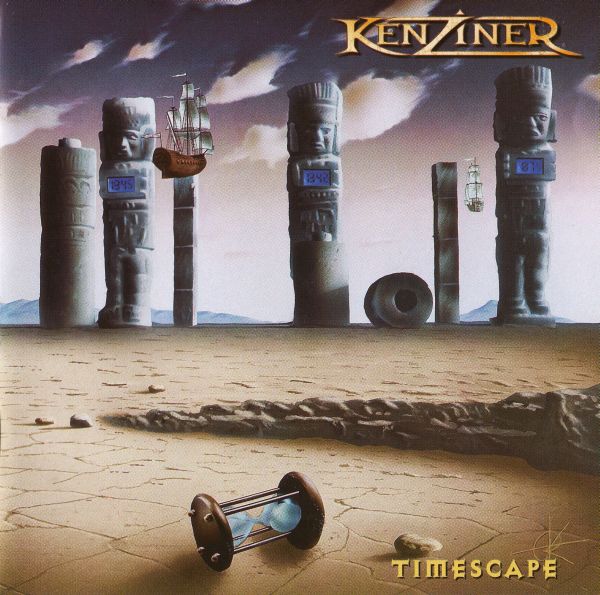 Remember when a "shredding" guitar player was the exception? Seems you can't turn around these days without knocking one over. Kenziner is another one of these small-label guitar bands. The focus is the axe playing of one Jarno Keskinen. (The inside cover offers a glimpse of Mr. Keskinen at his pouty best.) However, the guitar isn't Jarno’s only credit; besides electric and acoustic guitar, he plays bass and keyboards. His guitar playing is good, not exceptional. And since he is playing them, the keyboards are up in the mix, which is nice. Regardless of my feelings for this album, one cannot question his abilities. Vocalist Stephen Fredrick's style is akin to Graham Bonnet's - very raw. The material he is singing isn't the greatest either, as "Walking in the Rain" or "Land of Shadows" will attest: they repeat the chorus five times. Drummer Dennis Lesh is a speed player, getting every bit out of his playing time. Most of this is pretty generic rock; it really went nowhere. In reading the back of the CD you see what a "project" this is: the drums were recorded in Indiana, the vocals, bass and keyboards in Georgia and the guitar parts in a different studio in Georgia. In the world of guitar rock, one must stand out to be heard. For me Timescape didn’t have much of anything that stood out. I've heard it before and heard it better.

Cobra High - Sunset in the Eye of the Hurricane – I have learned to be wary when the mainstream press describes an artist as “progressive” – you never know what they really mean, since the vast majority of progressive music is...  (2003) » Read more