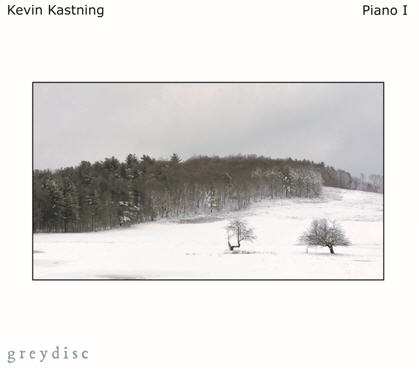 Kastning has played piano on many of his albums to date, mostly on collaborations where someone is playing guitar, but for his sixth solo album, he has crafted nine pieces – over an hour’s worth – exclusively for piano. Hint: Kastning’s piano compositions sound a lot like his guitar compositions, but he’s worked the ideas out for piano instead. Drop the needle on any track and it won’t take more that a few measures to recognize that what’s being played comes from the same wellspring of ideas that his guitar albums do, with a sense of unpredictable randomness and mystery about them, but delivered in a deamy, gentle and superbly sublime way, with all the dreamy atmospherics of his guitar albums, but only with piano. Many artists take on a different persona when they switch to different instruments, but that doesn’t seem to be the case here. The nine tracks are presented in five groups: “Construction 1” has parts a, b, and c, and a listener might not even notice the change between the parts unless looking at the track counter from the corner of your eye, the peaceful and idyllic emotional aura from one section continues right into the next. “Construction 2 (a, b)” and “Construction 3 (a, b)” similarly have two sections each, a similar style, but they move the spirit in slightly different ways – as a reviewer I don’t want to dissect the compositions and take the discovery and mystery away from the listener, nor could I really, but the mood of each evokes a very different feeling than the first three-part piece. As with his many guitar albums, here, the piano becomes an emotional extension of his soul, moving freely like the winds of his consciousness. The two closing opuses bear different titles: “Component Factor I” and “Element Sector I” (which I guess means part II of both may be coming on some future release). The former seems to include some ideas explored in the “Construction” parts but explored in different ways, perhaps taking a more sparse approach, while the latter seems to document an open-ended journey with numerous melodic sidetracks that never seem to bring the listener back to a starting point, which is totally okay in my book. The entire album makes for some great repeat listening.