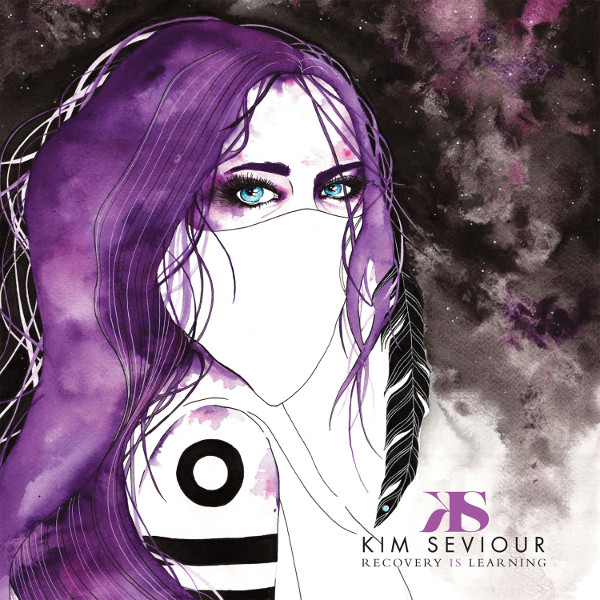 Former Touchstone front woman Kim Seviour launched her solo career as the first artist signed to White Star Records with a single in 2016. On July 28, 2017 she released her first full length solo album, Recovery Is Learning, a quote taken from Clinical Psychiatrist Professor Jim Lucey, who has a strong optimism and belief of the power of recovery for sufferers of mental illness. In addition to her musical career, Kim is studying psychology and this quote has helped her with her own struggles with depression and anxiety. Plus, she wrote the title track for a close friend who was undergoing treatment for anorexia. The nine songs on the album were co-written with John Mitchell (progressive musician and co-owner of White Star). Kim has a beautiful voice with a slight nasal quality. However, I am not one who carefully listens to the lyrics, I tend to let the music flow over and around me, unless the lyrics and vocals are way out in front. So for Recovery Is Learning I cannot really comment about the subject of each song. The band of guitar, bass, drums, and keyboards is present as accompaniment to Kim’s vocals and there needs to be more separation between the music and her voice. The first three songs sound similar and are essentially a “wall of instrumentation” that should be further in the background. “Faberge” is the first song where the band actually supports Kim’s vocals and this song has more of an engaging melody. “Mother Wisdom” is one of the best tracks on the album, with its delicate piano intro and beautiful vocal harmonies. Another outstanding song is “Where She Sleeps” that is solely Kim, piano, and drums. There is just the right amount of separation on this song, allowing the listener to appreciate Kim’s voice. And the other excellent song is the album closer “Morning of the Soul,” an uplifting hope springs eternal song, looking for better times after the passing of the storm. The clincher for the song is Kim's short narration that adds the just the right touch to complete the song.