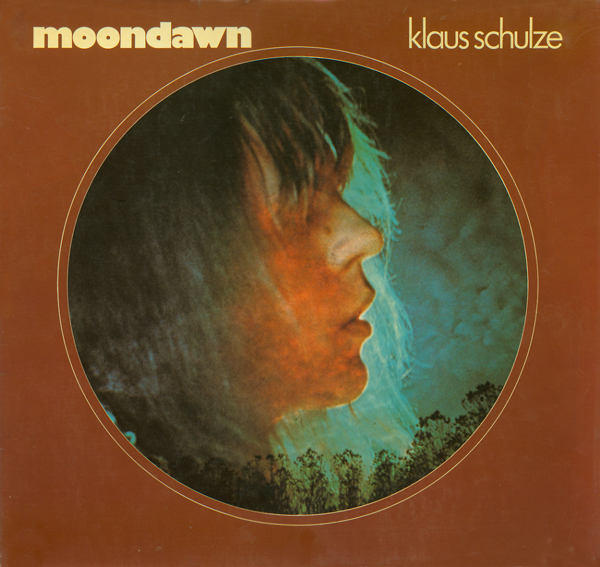 Moondawn was Klaus’ first electronic masterpiece. This was the first recording using Klaus’ big “Moog.” Beautiful scintillating abstract electronic sounds open the album and then the powerful sequencers take over. Moondawn also features Harald Grosskopf on drums, and his drumming drives the music into the stratosphere and beyond. For the current Moondawn reissue, Klaus stayed true to the original master and did not include the Mellotron part used in 1990 to cover up some crackling noises on the first CD reissue. This reissue is the same mix as on the 1995 edition on Manikin records. However the bonus track “Floating Sequence” is different since Klaus did not want his fans to purchase the same CD twice. “Floating Sequence” comes from the Moondawn sessions and it is a pure sequencer piece.

Picture Music and Timewind have been on my (top) favorites list for decades at this point, but for some weird reason it took a little longer with Moondawn and I'm not quite sure why. I think part of it is when I first heard the much rarer Wolfgang Bock's Cycles and Cultural Noise's Aphorisms Insane both started me thinking about the slightly more rock or bandlike approach to sequencer music. Because really Moondawn moves forward from Timewind by adding real drums and really cranking it up. Once I went back to it I realized it was a good as my old favorites.

Barclay James Harvest - ...BBC in Concert 1972 – Part of archivist Mark Powell’s job has been digging through the vaults at the BBC to locate the master recording tapes for Barclay James Harvest. In the process of uncovering several live tapes he...  (2005) » Read more

Steven Freeman and Alan Freeman - The Crack in the Cosmic Egg – Brothers Alan and Steve Freeman have been long time fans of Krautrock etc. as well as record shop owners specializing in this and similar music, and publishers of Audion magazine. This labor of love...  (2008) » Read more

White Noise - White Noise V - Sound Mind – David Vorhaus truly counts as one of the pioneers of electronic music. His first White Noise album came out in 1969, and while he has not been prolific, his infrequent releases have all pushed the...  (2001) » Read more

Focus - Focus 8 – Leave it to Thijs Van Leer to recognize the timely need for Focus to return to active duty. Within the past three years he encountered a Focus tribute act in his Dutch homeland and was so impressed he...  (2003) » Read more