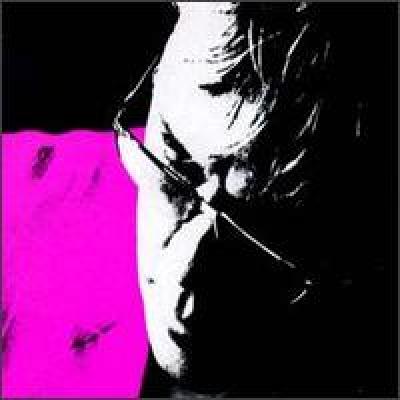 Silver Edition is a limited edition of 2000 boxed sets of 10 CDs sold on a subscription basis with the unsold sets finding their way to the mail order houses like Eurock and Ultima Thule at a much higher price. These 10 CDs contain 10 hours of brand new music recorded over the past year plus 2 1/2 hours of concert music from the mid-seventies. Freed from the fetters of trying to please record moguls this set of CDs represents Klaus at his most creative. Fresh and innovative music literally thunders from the speakers. Never one to shy away from the long composition Klaus continues in this vein.

"Picasso Geht Spazieren" (sub-titled "Picture Music in Three Movements") clocks in at a hefty 154:27 causing it to span two 75 minute CDs! And then there are Klaus' "short" tunes Der Optimismus (10:39) and Landpartie (10:47). A new element in Klaus' milieu is the naming of movements and using the CD indexing feature so you can easily play a specific selection. The accompanying booklet details the timing of each piece and gives extensive background information about each disc as well as photos and a brief Klaus Schulze biography. The twelve hours of music defies description but here is my humble attempt. Disc one, Film Music, contains four pieces of distinctly different moods composed as the soundtrack for the German TV documentary Spurensicherung - Baudenkmaler in den neuen Bundeslandern (Tracing - Castles and buildings in the Former East Germany). The TV production only included 21 short segments while Film Music presents the complete and continuous score. Each of these four compositions is a collection of shorter movements between 1 and 8 minutes in length that make for frequent and interesting transitions. It is here that we first encounter Klaus' digital orchestra which adds a fresh symphonic neo-classical dimension to his work. The atonal strings and sampled acoustic guitar transported me the same way as when I first listened to Klaus' "Picture Music" nearly twenty years ago. This music represents a bridge between his early and recent work. "Narren des Schicksals" ("Clowns of Fortune") is a symphonic poem of three movements in B-minor conceived and realized more as art for art's sake. This CD continues Klaus' symphonic explorations begun on Disc 1.

When Klaus performed live in the seventies he used a Revox reel to reel tape recorder as an analog delay unit, thus recording the entire concert in the process. Considering the analog technology of that era and the age of the tapes, the hiss is barely noticeable. Was War vor der Zeit (What Was Before Time?) is a collection of three of his best performances: "Nostalgic Echo" and "Titanische Tage" from a 1976 Belgian concert and "Die lebendige Spur" from a 1975 concert in Germany. Don your space suit and strap yourself in for a cosmic journey past pulsars, black holes, and exploding galaxies!

The fourth disc Sense of Beauty contains music composed for a television documentary about the Potsdamer Platz in Berlin and a neo-classical composition originally planned as the final part of Klaus' opera about the life of Georg Trakl. The film music is full of the same digital animal sounds that appear on Gringo Negro from Beyond Recall but the music is much more interesting. By far the best music in this set is "Ein Schones Autodafe," a stunning electronic opera using sampled voices and orchestral instruments.

Discs five and six contain the mammoth composition "Picasso Geht Spazieren" ("Picasso Takes a Walk"). Twenty years ago Klaus Schulze coined the term "Picture Music" and it is still alive today in this 2 1/2 hour composition. The sheer magnitude of this piece is daunting, but like Irrlicht, Cyborg, and Mirage, just relax and let the music do the work for you. If you only have a limited amount of time the third movement is more accessible and only clocks in at 60:12.

Discs seven and eight, The Music Box and Machine de Plaisir, are two 73 minute compositions of contemplative floating electronic music used for meditation by recovering alcoholics at the Guttemplerorden in Germany. Disc 8 is darker than Disc 7 and has passing similarities to Peter Frohmader's neo-classical electronic chamber music. This is great relaxation music even if you are not a dipsomaniac.

Life in Ecstasy on disc nine contains two pieces: "La presence d'esprit" recorded during a German concert in late 1975 and the 57 minute tribute to Arthur Stanley Jefferson. The concert piece is another wonderful analog performance destined to please Klaus' longtime fans. However, like the piece on Disc 4 about Georg Trakl, it is difficult to put the other music in perspective without knowing who Arthur Stanley Jefferson or Georg Trakl were.

The final disc, Mysterious Tapes, contains yet another concert from 1977 La Vie Secrete. This performance is replete with mysterious shifting chords and sequences that at times reminded me of Tangerine Dream's groundbreaking LP Phaedra and at others of Picture Music. The name Mysterious Tapes comes from the fact that the original tape box label was misleading with bogus dates and locations. As an unplanned bonus Klaus unearthed and included the oldest composition in this set, "Landpartie." He recorded "Landpartie" in July 1972 around the same time as Irrlicht. This seminal piece is a masterpiece of slowly shifting chords played only on a Teisco organ and it sets the stage for Anna Sjalv Tredge's Tussilago Fanfara recorded five years later. This much music takes a dedicated listener to embrace it all. But it is well worth the effort. If you didn't have the opportunity to subscribe to this set, by all means seek out someone who did and give it a listen. Alternatively maybe you can track down a set through one of the mail order houses.

Peter Hammill - Clutch – You can count on the words to be insightful, sometimes bitter, and never trivial. The music always seems to serve the words, not the other way round. With many songwriters, you find lyrics that only...  (2003) » Read more