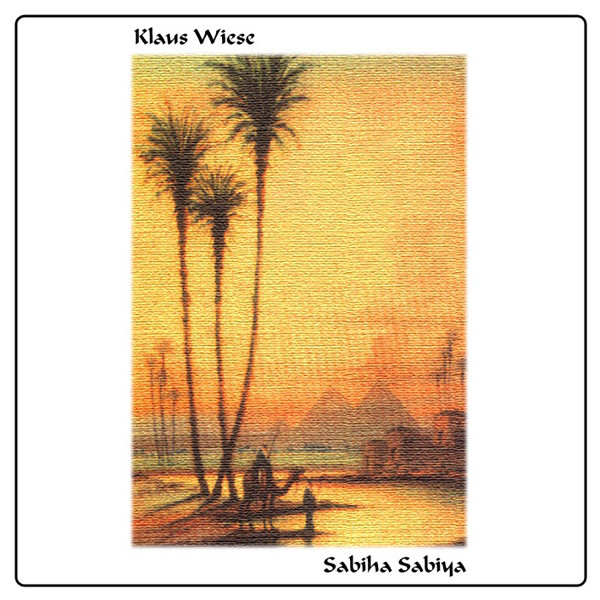 Klaus Wiese played tambura on two classic Popol Vuh albums, Hosianna Mantra and Seligpreisung. He's far lesser known and should be much wider known for being an early innovator in ambient and new age music. Sabiha Sabiya was his third Aquamarin cassette and not only shows a penchant for creating deeply reverent ambient music but apparently without a synthesizer in the picture. Much of the first side of this cassette, "Shaheena (The Falconess)," presages a great deal of music to come 20 or 30 years down the line. It appears to be created almost entirely out of harmonium and tamboura and the lion's share of the side is an almost ecstatic, wavering drone that really hit me with its power. "Shaira (The Poetess)" starts with a harp drifting like the wind, and after a while the harmonium begins to drone again and eventually take over. The music is gentle but in a deeply mysterious way, there's nothing of the fluffy or angelic you'd expect from the harp. It's hard not to imagine being out in the desert with only the sounds of nature creating this sort of resonance with so much of the movement coming from the timbral variation of the instruments. I'm not sure what this does with the brainwaves exactly but it is relaxing in all the best ways.