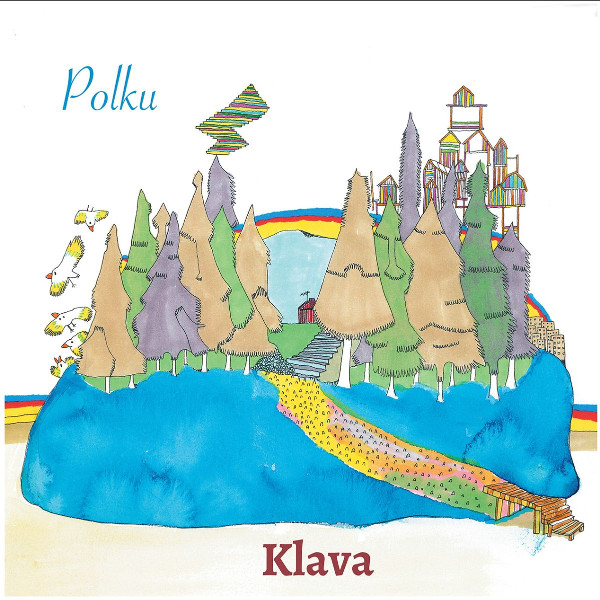 This band from Helsinki has been around for more than ten years, though Polku is their first album. On it, they present a sophisticated take on Canterbury-inflected progressive rock, with jazzy grooves, prominent woodwinds, and catchy melodies, maybe a little like Caravan (for the melodies) crossed with National Health (for the instrumental passages). The band, led by Kalle Kuisma, who plays guitar and keyboards and sings lead vocals, is billed as an eight-member outfit, though from the credits I’ve seen, it’s impossible to determine which of the ten other musicians involved are band members and which are guests. Be that as it may, we hear drums, bass, vibraphone, marimba, saxophones, flutes, violins, and cello throughout the arrangements, along with both male and female backing vocals. The keyboards stick to the vintage sounds of piano and occasional synthesizers, though their use is generally minimal — with so many other instruments to fill out the arrangements, keyboards would probably be overkill anyway. The chordal structure of the pieces is defined by lush arrays of woodwinds, strings, and vocals, though it’s all done so skillfully that the sound is never cluttered. The female backing vocalists sometimes use yodelling techniques reminiscent of Balkan women’s choirs, lending an earthy air to the music. Klava is not about flashy individual playing, and the lovely compositions themselves are the stars of the show. The lyrics are all in Finnish, described as a conceptual whole on the theme of modern people longing to get back to nature — Polku means “The Path.” In any case, it’s a solid entry in the current progressive rock scene, and a great example of chamber rock done right.