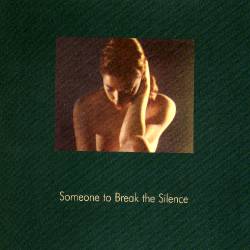 This liner notes describe this album as “Selections from the forthcoming Knitting by Twilight album, An Evening out of Town together with exclusive tracks.” Since the album hasn’t arrived yet it’s hard to know what will be the exclusive tracks, though the only real oddball in the set is the closer “Audrey,” that seems more like an experiment in minimalist ambience when compared to the rest of the album. Inscrutable instrumentation (perhaps tuned percussion that has been filtered and processed) skips and skitters over gentle synth pads in an enigmatic and intriguing tonal exercise. The rest of the album’s five tracks are relatively conventional, though in a minimalist synth- and avant-pop way. The most conventional piece is the peppy “Holiday to Holiday,” featuring whimsical vocal and 80s pop keyboards over a percussion foundation. Percussion is, in fact, a defining characteristic of this entire album, which is no surprise given that Knitting by Twilight’s founder and leader, John Orsi, is himself a drummer and percussionist. His wife Karen contributes voice, bass, and guitar to several songs while guitarist Mike Marando makes significant contributions as well. His urgently arpeggiated lines give the opener, “Sigh,” a simple charm while his wild and searing solo electric lead in “Mr. Santini” seems to be reaching for a Frippian transcendence. Fans of minimalist and arty synth pop will find this one worth a listen, though we’ll have to wait for the full album release to know which tracks will become the “exclusive” gems.

Steve Howe - Homebrew 3 – This is the third edition in Steve Howe¹s collection of archival demo recordings. With this disk the Yes guitarist has pulled together pieces spanning some twenty years, beginning with the period...  (2006) » Read more