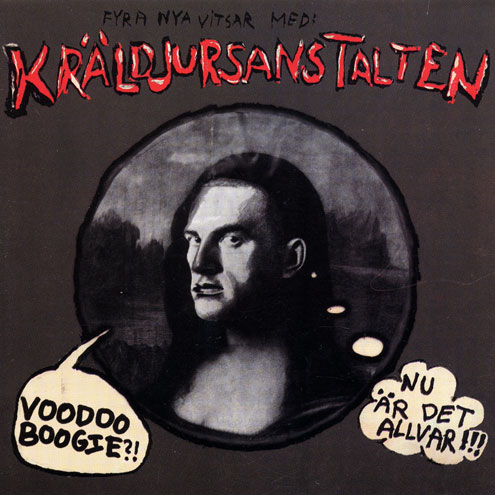 Have the Excedrin bottle handy for this one. Actually it's not that bad, and in fact starts to reveal itself after a few listens as being pretty innovative and unique. But the shouted punky vocals, frenetic pace, and jangly dissonance might be a bit much for the casual listener. This Swedish trio led by drummer Michael Maksymenko existed from around '77 through '81. During that time, the band put out one five song EP, and then followed it up with a full album; both are included on this reissue. They play an extremely busy art-punk with only bass, guitars, and drums, although both drums and guitars are multi-tracked on most of the songs, resulting in a sound that's more like a five piece. Maybe if one could imagine Trout Mask era Beefheart without the Captain and his blues, with a punk singer substituting and a thirty pound brick on the accelerator. Especially noteworthy is guitarist Stefan Agaton's schizophrenic dual leads recalling Syd Barrett's unpredictable and artful machinations; but more than anything it's Maksymenko's innovative and non-standard drum assault that gives their material its one-of-a-kind character, perhaps in the neighborhood of Guigou Chenevier in his days with Etron Fou. A lot of studio gimmicks are employed as well, all to good ends, though with so much going on (or off) at the same time, it does make for a rather challenging listen. Fortunately, the recording techniques make good use of stereo separation; when the listener is plugged in, each track of guitar can be heard very clearly on its own. In all, it's an outstanding album, but very challenging as well.