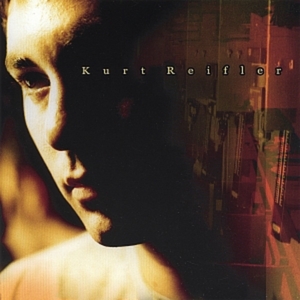 The first comparison that came to mind when I started on these tunes was Lenny Kravitz, though with more down-to-earth production and less self-important posing. There's also a hint of Living Colour, with less of the heavy rock riffing. What does that leave you? A solid singer-songwriter who fits in the rock genre, not folk. He has a strong, pleasant, soulful voice, and the guitar work is tasty throughout, whether it's acoustic strumming or funky electric. The compositions manage to break out of standard expectations, with some tempo and rhythm changes within the songs that keep things interesting. Reifler's voice is the constant, as he takes the old fashioned strategy of actually including some variety of tempo and intensity rather than presenting ten versions of the same song. The sound is basically that of a guitar/bass/drums trio with some overdubs, nothing fancy to overshadow the music itself. I don't see any reason why fans of classic and progressive rock shouldn't like this; while it's not by any stretch progressive, it's a step above simplistic mainstream rock, and has plenty of nice touches to bring a smile to your face.

David Thomas & Foreigners - Bay City – Starting with his tenure in the seminal art-punk outfit Pere Ubu, David Thomas has shown himself to be a lyricist of great talent and singer of acquired taste. For this outing he teams up with a trio...  (2001) » Read more