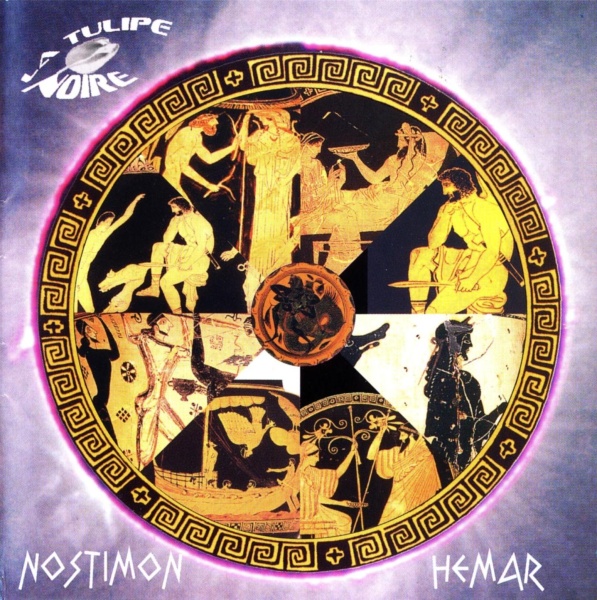 This Greek quintet has been around since the mid-90s, this being their fourth release, a concept album about Homer's Odyssey. The best thing about this band are the idiosyncratic vocals of lead singer Ima (most of the band members just go by one name — must be a Greek thing), who is commanding and powerful in a Les Dougan (Aragon) sort of way; she delivers the goods with incisive passion and a full range of emotional dynamics. Sadly, the rest of the band is no match for her. The music itself is the most hackneyed brand of neo-progressive, full of pointless and abrupt changes, typical prog-metal guitar stylings that buzz and chug along under excessive layers of keyboards with ear-piercing digital tones, and predictable moves at every turn. A bassist and drummer are credited, but to be honest, all the bass and drum parts sound like they are programmed, the latter with that clicky gated sound that annoyed me back in the 80s when it was prevalent, and annoys me even more now. The overall approach reminds of the earliest albums by Asgard and Final Conflict, with all the cheesy melodrama and self-indulgent bombast that naïve young musicians could come up with as they attempted to emulate and outdo their only heroes, Marillion. It's all been done before, way too many times. There are few satisfying instrumental moments herein, surely not enough to save this from bogging down under its own weight.

Apoteosi - Apoteosi – The Mellow label, run by Mauro Moroni, has probably released more discs in the last year and a half than Musea, Kinetic, Cuneiform and Syn-phonic put together. Dedicated to re-issuing long-lost...  (1994) » Read more