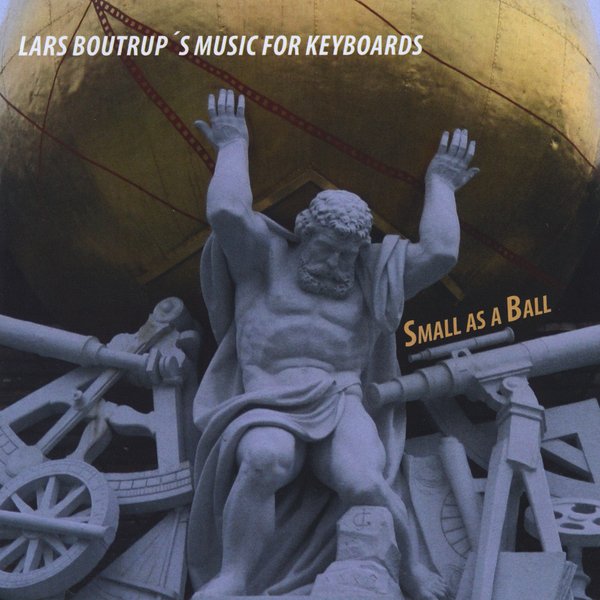 When you call your project “Music for Keyboards” you’re telling the world what you’re about. No need for anyone to expect blazing guitar solos. Such a name is also likely to call up the memories of the prominent keyboard players in rock history: Keith Emerson, Rick Wakeman, and so on. In the case of Lars Boutrup, Emerson and Wakeman are the two most obvious referents. In some ways, Small as a Ball brings to mind a more aggressive take on something like The Six Wives of Henry VIII, with some flavor from Ars Nova’s Transi or Goddess of Darkness. While some of it is keys-to-the-wall sympho, there are some moments of respite, where some mellower electronic sounds come in, skewing the sound a bit away from classic prog rock. Many parts sound as if they could be performed live, while others are more clearly studio creations, requiring more than two hands at once to produce. At times, the tunes have a lanky groove to them, further distancing it from classic prog, almost like a cross between prog and something like Medeski, Martin & Wood. Add in some more atmospheric moments with breathy pads, and you’ve got the range of this album. Fans of lead keyboards have a new man to add to their list, who luckily does more than just ape the sounds of his predecessors.