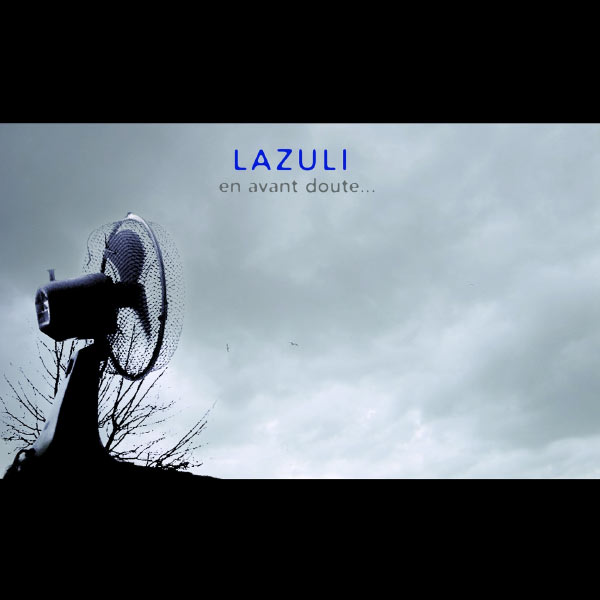 Atendees of either the 2006 or 2007 Baja Prog festivals have been fortunate enough to see Lazuli do their thing live on stage. They truly are one of the most interesting groups among Musea’s current stable of bands. The six members play an unusual variety of instruments: Chapman Stick, Warr guitar, the Léode (sort of a membrane Stick-like synthesizer without strings), vibraphone, metallophone, marimba, guitar, drums, and percussion. Interestingly, there are no keyboards or bass. Their style is unique but typically French, in that there is grand scale drama afoot in both the music and the lyrics. They typically alternate between sparser passages supporting the French lyrics, and heavier bombastic sections when the entire band goes at it full throttle. Their compositions tend to be complex, built on melodic cells and repeating structures, with variations following the core themes. And they do indeed rock! Sometimes a listener might be reminded of certain elements of 80s Crimson, at other times the dramatic approach of more recent French bands like Halloween. Their version of part of the Ange classic “Capitaine Coeur de Miel” is right in keeping with the somewhat dark perspective of their original material. All said, anyone who loves great French progressive rock must check these guys out. The DVD features six songs, split between this and their first album, plus a lot of bonus material including a history of the Léode.