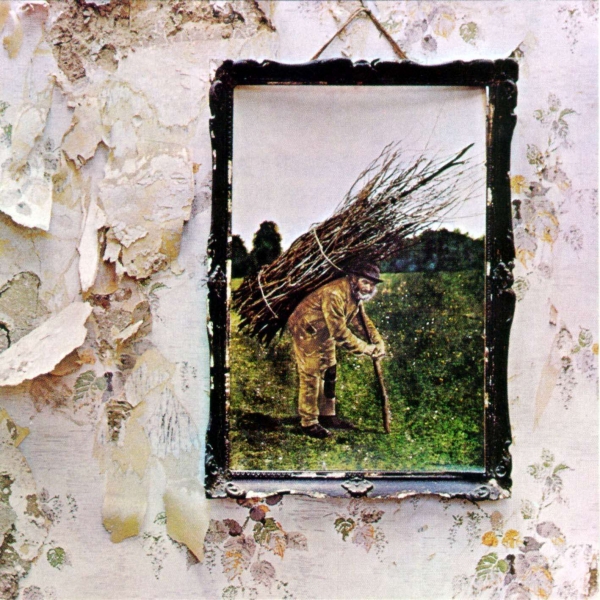 So perhaps this is one of the most obvious picks when it comes to great albums — it's the source of a few of the most popular classic rock songs that ever hit radio. I remember moving to the US in 1980 when "Stairway to Heaven" was still being played even on the pop stations of the time, and I think I had heard it maybe 50 times by the end of 1981. I think this kind of overplay really obscures what a fantastic piece of work it is, but then of course a year or two later it was attacked as part of the ridiculous backwards masking theories propagated by evangelical churches, which probably only added to the song's popularity and mystique. And then of course the "Taurus" plagiarism controversy of the recent year, showing that the song has legs even contemporarily. Fortunately for me there was a good 10 years or so where I didn't hear it, which really rejuvenated it for me, and I've truly enjoyed it ever since. But it may not even be my favorite song on here, I'd probably give that to the power closer, "When the Levee Breaks." The dynamics of the album are also affected by a lot of the folksier material on here, like "Going to California," which really breaks up the heavy stuff in a good way. Overall this is probably my favorite in a classic string of Led Zeppelin albums.

Murat Ses - Umami – Umami is Turkish musician Murat Ses’ seventh solo album. Umami is a Japanese word meaning savory, which this new release is, not too sweet, not too sour, tangy but just right. On his latest...  (2008) » Read more