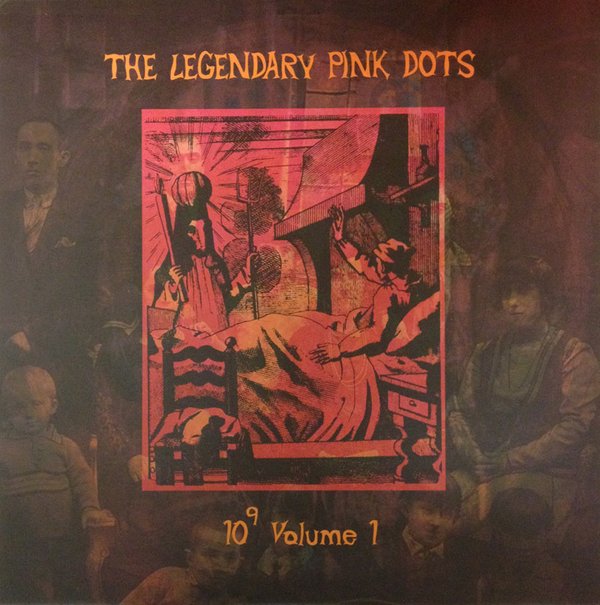 The Legendary Pink Dots have a very long and storied musical career, dating back to the early 80s. There are certain common elements that appear throughout their musical canon, Edward Ka-Spel’s unmistakable voice, odd sounds, esoteric themes, etc. Of late, after the departure of Neils Van Hoorn, their releases have been hit or miss. So I looked upon the release of their new album Ten to the Power of 9 with some anticipation. For this new album of minimal synths, guitars, syncopated rhythms, and weird psychedelic noises, the Dots under the leadership of Edward Ka-Spel approach diverse themes of conspiracy, magic, and spirituality. Ten to the Power of 9 is an uneven album. All of the signature Dots elements are present, except for their “waltzes.” But some of the songs are plodding lethargic excesses that are difficult to wrap your head around. In some cases, just when you are ready to write the song off, it takes an abrupt about-face and something excellent comes out of your speakers. The songs that really captured my attention are “The Virgin Queen / Primordial Soup,” “Malice / Freak Flag,” and “Feeding Time,” Though “Feeding Time” does not really rock my boat until midway through the song. The more experimental songs like “Olympus 2020,” “Open Season,” and the closing song “The Elevator” may not appeal to many of their fan base. I also find the 17 and a half minute “The Elevator” to be about 10 minutes too long and a very odd piece to end the album. It has a promising beginning with synths, some baby noises, and other unrecognizable sound bites. But at about six and a half minutes, there is a sudden halt to the music that is replaced by slow piano chords, some buzzing sounds, random mechanical clacks, and a blowing bottle, which are repeated ad infinitum for the next 11 minutes. It is almost as if the band started this sequence, fell asleep, then someone woke up and turned it off 17 minutes later. Taken as a whole, I find this new album to be a strange and challenging set of songs.