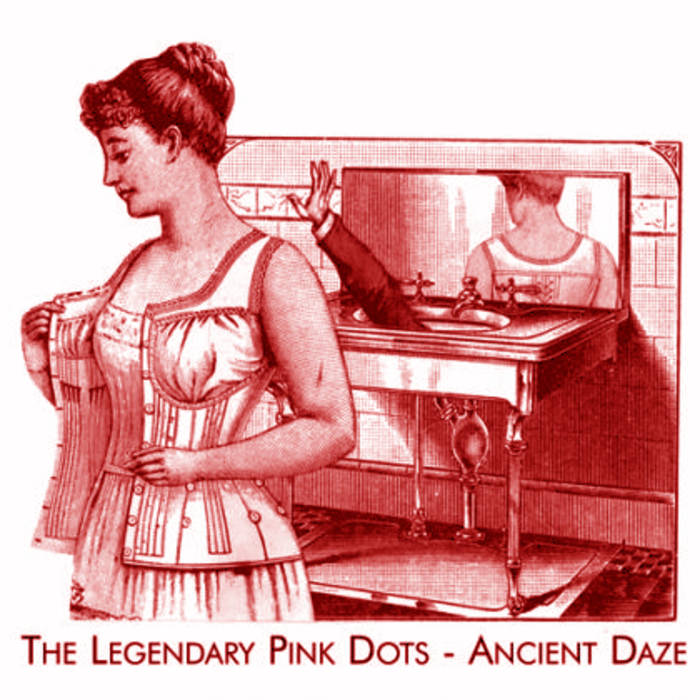 Since forming in the early 80s, The Legendary Pink Dots have been quite prolific in their recorded output of 60+ releases. Initially they were part of the cassette culture releasing quite a few during their formative years. With the advent of the Compact Disc, the band has been slowly reissuing their cassette back catalog in parallel with their new music. Actually Ancient Daze first appeared as a CDR in 1997, but the current Beta-lactam Ring release is slightly different. Ancient Daze contains 12 tracks from the cassette Only Dreaming released in 1981, three tracks from the double cassette Chemical Playschool 1+2 also released in 1981, and four previously unreleased tracks. There is also a limited edition vinyl double LP version being released later this year. Raymond Steeg, the Dots recording engineer, spent a lot of time and effort restoring the sound from the cassette masters and teasing out the music for this reissue. Some of these songs appear in different versions on other LPD releases such as the Legendary Pink Box and Curse. Fortunately, what we now have on Ancient Daze are the earliest recordings of these songs sounding better than ever. This release is for the ardent LPD fan and collector; it may not appeal to everyone, especially those of you who have grown used to the clean recordings being produced today. If you simply must own everything ever recorded by the Dots, then Ancient Daze is a must have. Otherwise, focus instead on their more recent work.

Stick Man - Mysterious Female – Colorado's Neil Haverstick is now simply "Stick Man." For this writer, there used to be some shock value listening to music played on 19 tone (and even more unusual) scales, but after listening to...  (2008) » Read more