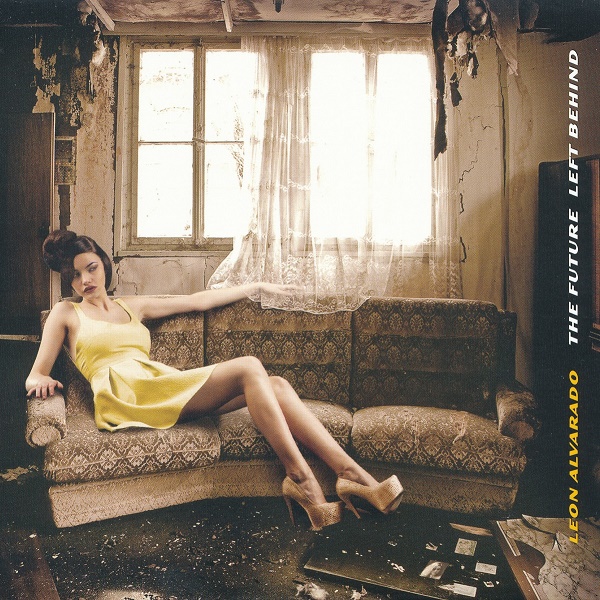 For listeners hungering for a keyboard-heavy concept album along the lines of Rick Wakeman’s early work (Journey to the Centre of the Earth or King Arthur) might find some sustenance in this release by Venezuela-born keyboardist Leon Alvarado. Eight instrumental tracks are separated by shorter tracks featuring narration presenting a scenario (not really a story) about a future Earth where pollution and over-population have left the planet nearly uninhabitable and mega-corporations have built colonies in orbit, on the moon, and on Mars, offering escape to those who can afford it, and leaving behind those who can’t. Alvarado handles a multitude of keyboards as well as sequencing, drums, and percussion; he is joined by Rick Wakeman himself on additional keyboards, the omnipresent Billy Sherwood on guitar, Johnny Bruhns (Sherwood’s bandmate in Circa) on one track, and narrator Steve Thamer. The music is pretty much what you’d expect — big, melodic, sometimes bombastic, and impeccably played. When compared with Wakeman’s Journey, the most obvious difference is the prevalence of digital keyboard sounds, with only occasional vintage tones. There are a few parts where it seems the intention is to present an orchestral sound, and they wisely choose not to go too far in this direction, as it is by far the weakest material on the album. Another difference is that (in spite of what the promotional blurbs say) there is no story here, just dry statements about the setting, informing us how many hours a day the colonists work and what kinds of furnishings they have in their lodgings. This might be interesting if we had a character to put in the setting, but as it is, you’ll want to skip all of the narration after the first time through. Of course, there are many prog fans who think that Journey to the Centre of the Earth represents some of the worst of progressive rock — obviously this album is not for you. But for listeners who are happy with recent incarnations of Yes, this should be a welcome addition to their collections.