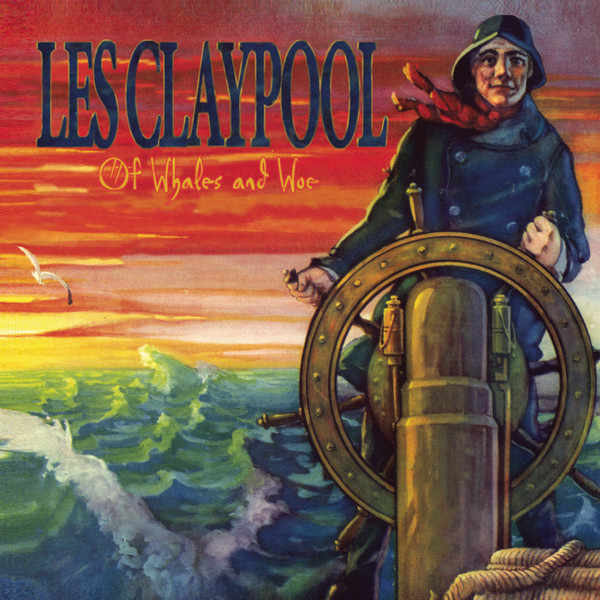 Bassist Les Claypool (Primus, Oysterhead, Sausage, et al) is a busy guy these days, with his first book and feature film making news, plus recent touring with Primus keeping him occupied. Then there’s this: the first album of original songs to be released under his name. Those familiar with past efforts will recognize Claypool’s characteristic fusion of funk, alt-rock, and cartoon themes spun out from elastic and virtuosic bass playing that serve as the canvas for his wry yet piercing narratives (involving lots of fishing escapades) usually delivered in a mock southern or exaggerated vocal style. Songs like “Lust Stings” would have fit in easily on Primus’ Pork Soda while the mock Funkadelic “One Better” reveals a hand at funk bass that makes the Chili Peppers’ Flea look like a rank amateur. The lineup on this album is sparse with Claypool himself covering drums and guitar plus guests Gabby La La and Mike Dillon providing occasional marimba and mallets, sitar, and theremin. But it’s the songs that make the album and tracks like “Vernon the Company Man,” “Phantom Patriot,” and “Iowan Gal” (“She’s got a round bottom and I like to spank it, She’s quilting me up a cashmere blanket”) are pretty hard to top. But beneath the humor is some real heart, as revealed in the bittersweet tale “Rumble of the Diesel.” As Claypool himself described this album, “It’s almost like Morphine meets old Isley Brothers with some bastardized version of Woodie Guthrie.” That works for me.