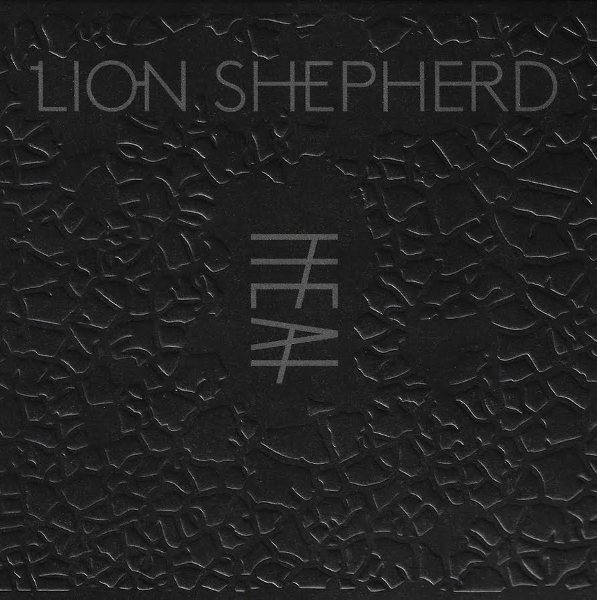 Lion Shepherd is a prog-oriented project led by friends Kamil Haidar and Mateusz Owczarek. Though living most of his life in Poland, Kamil spent his early years in Libya and Syria, which brings an Arabic influence into his music. Heat is their second album, a strong and consistent set of ten progressive and psychedelic influenced songs with Syrian oud, Persian santour, and various Indian and Arabic percussion instruments adding an exotic element to the standard electric guitar, bass, and drums. In addition to Kamil (vocals) and Mateusz (electric and acoustic guitars and Irish bouzouki), they are joined by Lukasz (bass), Stawek Berny (drums and percussion), Kasia Roscinska (backing vocals), and Wojteck Olszak (keyboards). Both the CD and LP come in lavish foldout packaging with maps, photos, and inserts. The music integrates Turkish and Arabian themes with some gothic West Coast psych elements, a bit of Native American rhythms and chants, and hard rock. The final song, “Swamp Song,” even reminds me a bit of the type of song Steven Wilson would write. Kamil uses music to express his joys and sorrows, but he never relates the inspiration behind his lyrics, wanting the listener to find his or her own way. As an example then, I think that the song “Storm Is Coming” might be about a zombie apocalypse, but I could be all wrong. I find it difficult to single out specific songs, as the entire album is excellent, though I do find “Dream On” and “Dazed by Glory” to be particularly interesting. Lion Shepherd is definitely a band to watch.

About a minute into the first song “On the Road Again,” I thought to myself "These guys sound kind of like Azigza, but without the violin," then the heavy and crunchy Tool-like guitars come into the picture and change my perception somewhat more, and so on it went for the full ten songs here. Also somewhat interesting was the eight-fold packaging that opens in all directions featuring a map of the middle east, with a booklet featuring all the lyrics in a booklet pasted onto the inside of one of the panels. It was definitely a positive experience on first listening. Enough to make me seek out the band’s first album Hiraeth before proceeding. While the first album is a strong entry, and probably features more variety (from heavier rock to melancholy singer-songwriter stuff) and more diverse instrumentation (including harmonica, oud, and santoor), it compares like baby steps to the far more confident and directed sound of this, their second album. So who are these guys? Lion Shepherd is essentially the Polish duo of Kamil Heidar (vocals and lyrics) and Mateusz Owczarek (acoustic and electric guitars, Irish bouzouki), with Stawek Berny joining them on drums and percussion (which includes numerous hand drums, tablas, etc.). The rest of the band includes Kasia Roskinska on backing vocals, Lucasz Adamczyk on bass, and Wojtek Olszak on keyboards, the latter three all new arrivals since the first album. They are attempting to create a fusion of middle-eastern and western Asian sounds and European progressive rock, informed also by jazz, blues, and metal, and fully succeeding. While there is perhaps less variety than their debut, the result is nonetheless a more single-minded and conceptually directed effort that pulls strength and power from their many influences. This is a band with great ideas that is going somewhere.

Chrome - Chrome Flashback / Chrome Live / The Best Of – When I first heard Chrome back in the early 80s, my initial reaction was “Ouch!” All I heard was a wall of distortion and mangled vocals – their brand of art-punk was too much punk and too...  (2000) » Read more

Hoenig / Göttsching - Early Water – It's truly amazing what people can pull out of the vaults that wasn't originally released in the first place. This collaboration between Ashra's Manuel Göttsching and Agitation Free's Michael Hoenig...  (1996) » Read more

Various Artists - A Saucerful of Pink – With all of these recent tribute releases, there seem to be three types of covers: those which stay true to the original (or at least attempt to), those who take the original concept and try to...  (1996) » Read more

Umphrey's McGee - Safety in Numbers – Umphrey’s McGee is still an anomaly in the jam band void left open by the disbanding of Phish. Umphrey’s fills that gap for fans largely due to their prominent self-deprecating humor and...  (2007) » Read more