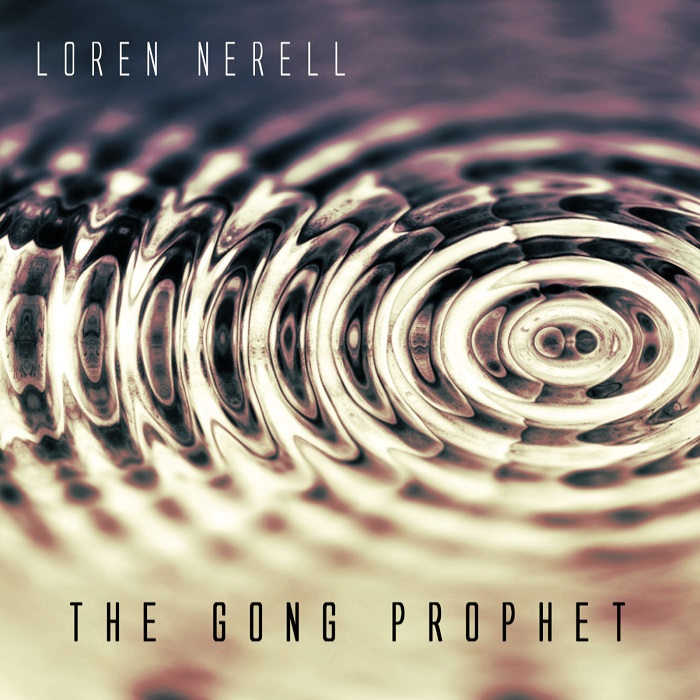 For as long as I can remember, Loren Nerell has been associated with fusions of electronic sounds, floating ambient styles, and the instrumental side of Indonesian traditional music, the latter being one of my own interests since my first trip to East Java back in 1984, and amplified on subsequent trips to Bali and Jogjakarta, and most of Nerell’s releases tend to have some of all three, in varying degrees, in a way that keeps them interesting and not too strictly traditional, basically using the sounds and instrumentation (gamelan ensemble, consisting of metallophones, bells, drums, and gongs) in some expanded context. The Gong Prophet is his latest endeavor in which his music serves as a cultural bridge not only across worlds, but from modern to the ancient, joining his earlier releases like Lilin Dewa, Taksu, Indonesian Soundscapes, The Venerable Dark Cloud, and numerous others. Nerell often collaborates with others in his recordings — Mark Seelig and Steve Roach have been among the regulars in the past, and both are here this time, as well as Forrest Fang, Markus Reuter, Erik Wøllo, Nyoman Wenten, and more, the tracks that each collaborator plays on and what instruments they play is detailed on the CDs inner gatefold. The Gong Prophet presents six tracks of varying length, several breaking the ten minute mark, all fusing varying aspects of traditional Indonesian instrumentation, dreamy ambient and floating electronic sounds, percussive elements, and occasional electronic sequences — as on the closer “Hare Drum.” The expansive opener “Return to Temple of the Frog” introduces the sound of the gongs amid hand drums, some mysterious and subtle electronic frog sounds and gentle electronics that slowly build, trance-like, over the piece’s near thirteen minute duration. Other standouts include the mystical “Reyong,” where the deep resonances and bell-like sounds of the gamelan ensemble drive the piece forward, and “Dreams of Sarons” where a gentle but swirling electronic cauldron slowly brings the listener into its unique mysticism. The complex soundworld that The Gong Prophet presents is a powerful entry point into Loren Nerell’s musical universe.