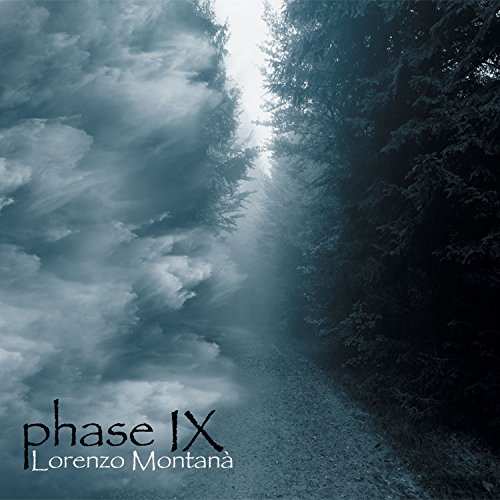 Italian ambient soundcrafter Montanà has released a number of albums since 2009, both solo and in collaborations, most are nearly impossible to find unless one seeks them out. In 2015, Projekt released his outstanding collaboration with Alio Die, Holographic Codex, which was my introduction to his work. Here, two years later, we have Phase IX, chronicling nine phases of the psyche, a floating ambient work that massages the mind on a number of levels. The nine pieces wander through numerous dreamlike spaces, some based on purely floating dronescapes with muted melodies (“Opal Cave” and the opener “Land’s End” pull the listener deep into this world), others are punctuated with beautiful percussive and melodic structures that shimmer and drift inside an elusive ever-morphing, slightly blurred world that lies just out of reach, until you realize you are right in the middle of it (“Mirrors of Consciousness,” “UraSenxit,” and “Dhalg Fu” follow this path). Every theme approaches gently, like a warm fog coming in from the distance, ultimately engulfing the listener. The nine tracks are discrete, and there is little documentation as to what instrumentation was used to create each of these, but it surely involves numerous layers of synths, studio processed acoustic instruments, and samples. Some of the pieces feature looping events like the repeating electronic foghorn sound that pulls the listener through the aforementioned “Opal Cave,” creating a dark cinematic mindscape of grand proportions. Wherever one finds themselves along this nine track journey, things are always changing, albeit slowly, as new sounds and textures are introduced and others are abandoned, which keep this interesting on a higher level, but also conjures warmth, distance, and a dreamlike itinerary on a purely subconscious level.