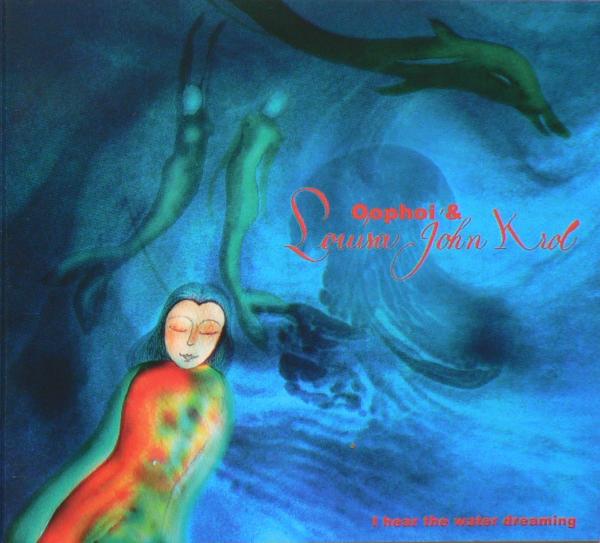 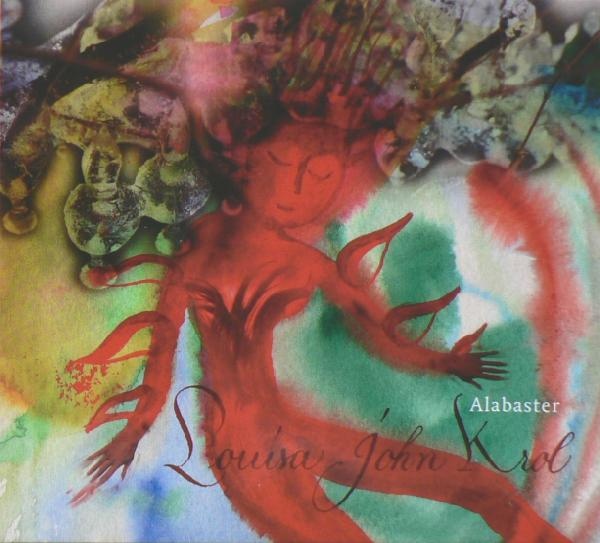 Australian singer Louisa John Krol has been releasing music for about ten years, although these mark the first time she has been reviewed in these pages. Alabaster is her 2003 solo release (a newer one from late 2005, Apple Pentacle, has just come to our attention – maybe next issue) and fuses the ancient, the gothic, some world themes, an atmospheric Celtic vibe, and of course great singing, sometimes reminiscent of Loreena McKennitt or even Kate Bush (but without the breathy theatrics). She plays mandolin, ocarina, acoustic guitar and percussion; her material is co-composed with husband Mark Krol and longtime engineer/producer/primary musician Brett Taylor, who contributes keys, guitars, bass, Chapman stick and drums across the disc. Several guests are featured on various tracks including Francesco Banchini (clarinet), Harry Williamson (classical guitar), Oöphoi (sound sculptures on one cut) and others on recorders, flute, harp, lyre, and additional voices. Her lyrics have a sort of mystical imagery that works very well with her overall style, yet that tends to be quite varied over the course of the disc, from quieter introspective pieces to folky numbers to even more aggressive songs like “Me and The Machine” which approaches a pop sound. This is one of those albums that just keeps getting better with each repeat listen.

Her full collaboration with Oöphoi from 2005 is predictably much more ethereal and introspective in overall style. Some of the backing tracks are originated from Oöphoi’s releases over the last five years or so, with Krol adding multi-tracked vocal improvisation as well as lyrical singing. The result is at once stunning and beautiful, yet gentle and relaxing. A reference point for the vocal approach might be some of Enya’s work, or even more accurately Lee Ellen Shoemaker (The Tunnel Singer), as much of it seems to be floating in an ambient cloud of reverb and echo, some processed and fed back into the mix resulting in a swirling shimmering haze of immense proportions. Krol also adds mandolin, acoustic guitar and even percussion in a few spots, though most of the instrumental backing throughout the seven tracks is provided by a dense blanket of synths, sometimes haunting, sometimes droning, sometimes uplifting, but ever-present. The disc definitely has that tendency to move the listener into lower states of consciousness as it goes, and works perfectly as accompaniment for slumber. Both of these discs are excellent introductions to LJK, although very different stylistically.