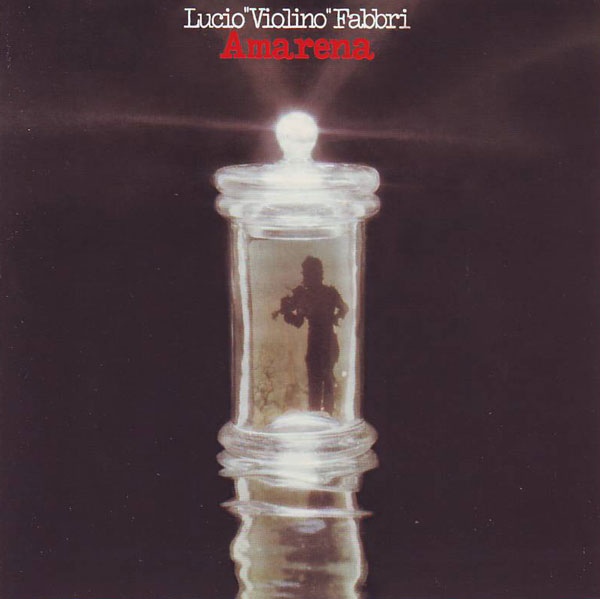 Fabbri is probably best known for his tenure as violinist with PFM in their post-Passpartù period, and with Claudio Rocchi, and also for some of the work he's done with Demetrio Stratos. As a violinist, Fabbri has an extraordinary fluid and adaptable style, centered somewhere between jazz and folk-rock, perhaps somewhere between J.L. Ponty and Ben Mink's solo work. Despite his proficiency on violin, his only solo album Amarena (originally released as Cramps 522 567-2) from 1980 comes off as a bit of a mixed bag – in that he just tries to cover too many bases and in the end the album has little, if any unifying cohesion. He plays synths, piano, guitar, and sings, as well as offering some brilliant soaring violin passages on some of the tracks, all perfectly executed, with supporting musicians on bass, drums, and occasional flute and sax. The opener "Dynamo" is a powerful and funky instrumental show, sometimes reminding of Average White Band (of "Cut the Cake" fame). That's about as good as it gets, though... other tracks vary between pop vocal tunes, lightweight instrumental EZ-listening jazz-pop, and danceable funk. Little here could be considered challenging or particularly progressive, though several, including "Blackgold" and the title track do approach the energy level of the opener. Enough said. Approach with caution.