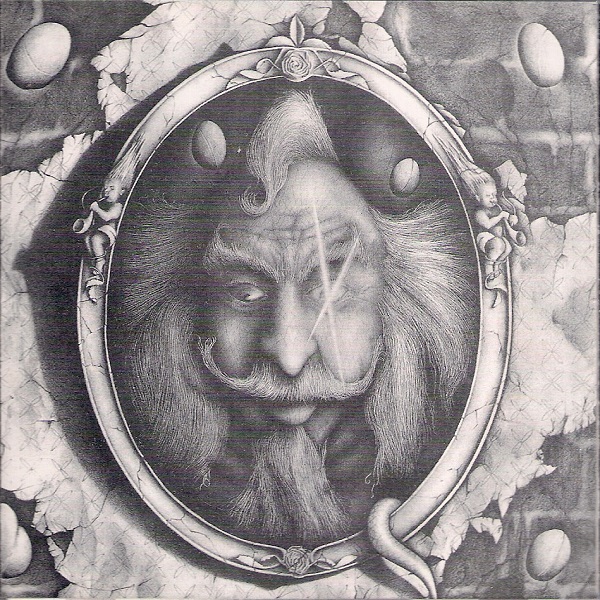 Belle Antique has gone all out on their most recent set of reissues — the backlog of the brilliant Argentine ensemble M.I.A. M.I.A. was multi-instrumentalist (mainly keys) Lito Vitale's late 70s project and are practically impossible to sum up with a simple description. Their debut was Transparencias, an exquisite album of classical rock. While this album, and especially the later ones, were quite diverse within themselves, the music here remains the most inwardly similar of the three. There are similarities to classical rock groups like Ekseption, The Trip, The Nice, early Atila, Trace, and many others (themes from Bach and "Pomp and Circumstance" make appearances) but M.I.A. are more original with an unmistakable Latin feel. The side long title cut is worth the album alone — a complex and involved progressive epic.

Mágicos Juegos del Tiempo was a far different album with a stronger more folk oriented air. In fact it's not until five minutes into the album that you hear the drums. While Mágicos is quite different from its predecessor, it is more diverse, with strong Mike Oldfield influences. M.I.A.'s musicians practically all double on different instruments and the permutations add up to an album of varying music from folky and serene to aggressive and jamming. Overall a very charming and unique album, yet the least immediate of the three.

For those unfamiliar with the group, their third album Cornonstipicum is probably the best place to start. Overall Cornonstipicum is the most "progressive rock" of the three, with fusion, rock, folk, and even Canterbury influences. There is a side long cut here, a veritable masterpiece of great thematic development, agile drumming (by Lito Vitale no less), and unique twists and turns. This album is a highly recommended classic and certainly one of the best ever from Argentina. As a bonus, Belle Antique has added around (give or take per CD) 20 minutes on each title from the ambitious 1979 triple album Conciertos. These bonus tracks show M.I.A. in a different light with guitar duos, piano solos, vocal solos, and other more unusual combinations. All of these show that M.I.A. were a group constantly exploring new boundaries and musical growth. All of these come highly recommended, M.I.A. were a unique musical ensemble with a definite progressive ethic.

Crucis weren't the only brilliant Argentinian 70s group, but I'm not sure they were quite as young as some of the players in the collective known as Musica Independientes Asociados. In particular I believe keyboards player Lito Vitale was in his mid-teens when they recorded their debut Transparencias. If Crucis were a pretty dyed-in-the-wool international band taking most of their cues from the American and European players of the day, MIA combined those influences with the folkier side of Latin America, although by the time of Cornonstipicum they were genuinely in symphonic progressive rock territory. This is a beautiful album with gentle melodies and vocals that created a reputation among collectors of rarer 70s progressive albums back in the day where you'd cross your fingers and send money to some far away address found in Goldmine magazine. There's a lot of wonderful synthesizer activity, particularly if you're like me and are delighted by wobbly monophonic analog leads. I don't see this one discussed all that much anymore, although the albums were well received when first reissued in Japan in the 90s. But I still consider this one of the classic from the southern hemisphere.

Barry Schrader - Beyond – One of the many modern American composers whose work is featured by the Innova label, Barry Schrader appears most at home in the electro-acoustic realm. Beyond is his third release on Innova. “First...  (2006) » Read more

Five Fifteen - Death of a Clown – Over the course of Five Fifteen’s previous albums, there has been a series of songs dealing with a character we can call the Golden Boy, a rock star going through the usual rock star things....  (2003) » Read more

Yohimbe Brothers - The Tao of Yo – DJ Logic and Vernon Reid (ex Living Color) are collectively known as Yohimbe Brothers and this is their second release. On their first excursion together the duo established an enthusiastic level of...  (2005) » Read more

The Cheebacabra - Exile in the Woods – The Cheebacabra is a project driven by keyboardist and producer Cheeba, where funky grooves meet overtly synthetic melodic interplay and a cool jazz feel over a steady, mostly programmed drum beat....  (2007) » Read more

Didier Lockwood Solo and On Fire