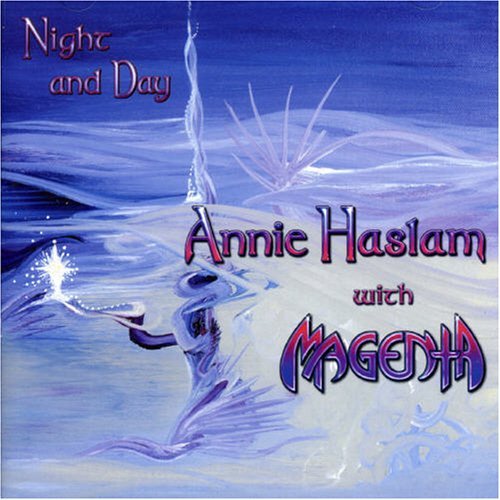 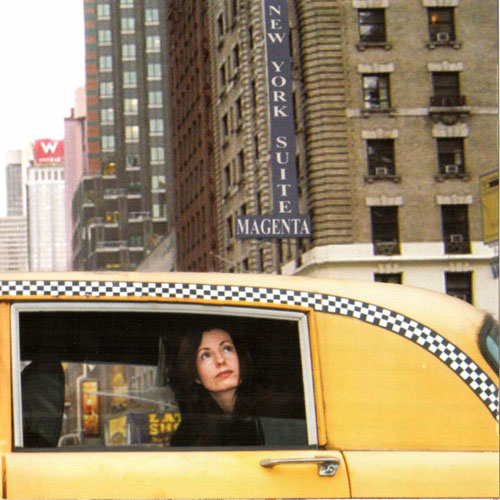 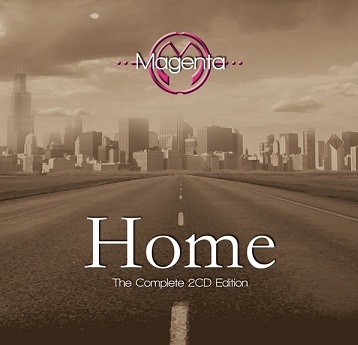 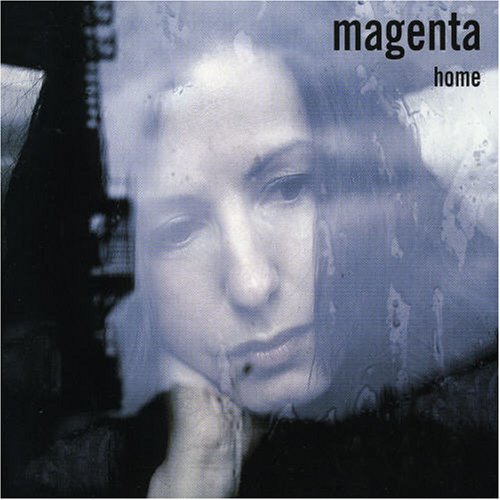 My goodness this band has been busy. Or I should say: Rob Reed has been busy, since he’s the creative engine that runs this group. He’s had time to do all this plus the Chimpan A side project (see review this issue) all over this past year. Home is technically only Magenta’s third studio release, though they’ve also put out a couple of EPs, a concert recording, and even a DVD set (also reviewed herein), making this quite a productive group in the past five years.

Home and New York Suite are both part of the same narrative — New York Suite being the middle of the story — though the band has elected to only include the New York Suite disk with a Special Edition release. Lyrically both albums are much more grounded in the here and now relative to past efforts. Musically, Home eschews much of the proggy influences and window dressing seen on past albums in favor of a more stripped down approach focused on Reed’s piano and Christina’s vocals, though Chris Fry and Martin Rosser add their usual stellar guitar work whenever called upon and guests like Iona’s Troy Donockley make notable contributions as well. This new style pays dividends on songs “My Home Town,” “The Journey,” and “The Visionary,” that succeed at balancing the core song elements with dashes of inspired guitar work and Reed’s keyboards plus orchestral arrangements that glue it all together. Overall, though, the album is let down by songwriting that rarely gains traction and vocals that lack conviction. Kudos to Reed for taking the prog training wheels off and attempting something a bit more focused and less dependant on prog flash and clichés to hold the listener’s attention, though more work is needed in the songwriting department and Christina needs to put more into her performances in order to hold together for a full 67 minutes.

From what I’ve seen, fans are also somewhat dismayed by Home, and for them I’d definitely recommend the Special Edition with New York Suite. Though not a full album by today’s standards (it clocks in at a mere 40 minutes), NYS has all the prog rock that was left off of Home. The opener “Arrival” has it all: twiddly synths, heroic guitars, soaring melodies and beefy arranging and even Christina seems swept along by the energy of the track, giving a vocal performance to match. The rest of the disc makes a bee line through Steve Reed’s lyrical narrative and musically it gels nicely. New bassist Dan Fry has a more trebly sound than Mathew Cohen (though bass and drums have never fared well in Reed’s mixes anyway), but at least his tone cuts through a bit better. As much as I appreciate Reed’s attempt at a more song-oriented approach to Home, New York Suite simply works better and he has a decision to make about which direction to take the band on their next album.

If it’s any indication, the new EP, Night and Day, points in the direction of a more direct song-oriented style. Based on an experience Christina had while travelling the U.S. and a chance meeting with Annie Haslam, the song pairs Magenta with the legendary Renaissance vocalist for an altogether satisfactory effort, though fans hoping for symphonic prog fireworks will need to look elsewhere. Reed’s piano and Haslam’s clear and enveloping vocal drive the tune with a solid melody to guide them. Two alternate versions of the track are also included, one that strips the arrangement down to piano, vocals, and Troy Donockley’s Irish pipes and another that has Christina dueting with Annie, rather than merely backing. Rounding out the set is a Rob Reed instrumental called “Essence of Love” (based a Haslam painting) in which he perfrorms entirely solo, a la Mike Oldfield. It’s a nice complement to the other three tracks and suitably caps off a little bit of romance from Magenta and Annie Haslam.

Änglagård - Epilog – First off, I think change is good, so long as the change is in a positive direction. The world of music is a chaotic, complex entity, and to stay in the same place for too long is more than just a...  (1995) » Read more

If You're Going to Bedfordshire, Wear Some Flowers in Your Hair