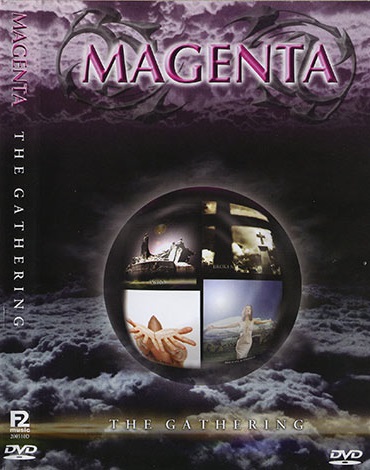 Magenta’s first live DVD was filmed in their native Wales in 2005 following the tour for the Seven album. Material from the Home album is previewed, though the set is mostly taken from the preceding studio albums and EPs. Fans will enjoy the set list that includes epics “Children of the Sun” and “The White Witch” plus other favorites like the storming encore piece “Pride.” Magenta flirts with progressive rock in the vein of Yes and Genesis throughout the set, though some songs have a more direct approach without the symphonic window dressing, like “I’m Alive” and the opening rocker “King of the Skies.” The DVD is visually excellent, shot with five cameras and edited together to capture the performances holistically. The audio, recorded and mixed in a very clean 5.1 surround, also shines, though some songs appear to have been aided by overdubbing. Lead singer Christina and lead guitarist Chris Fry are the main focal points of the shoot, she for her babe-alicious stage presence and he for his studly guitar prowess. Christina doesn’t seem totally comfortable on stage and neither she nor the band make much effort to connect with the audience. A little more interaction would go a long way, though having five cameras in your face must be quite a distraction. Copious bonus material, including nice — albeit short — interviews with keyboard player / band leader Rob Reed and Christina, are an added incentive. Magenta have climbed quickly into the progressive public eye and I have no doubt that this DVD will serve them well.

Beggar's Farm - Itullians – I have to admit that when I saw this one I thought, "Not another tribute band." But there was that list of participants on the front cover: Clive Bunker, Mick Abrahams, Bernardo Lanzetti, Jonathan...  (2008) » Read more