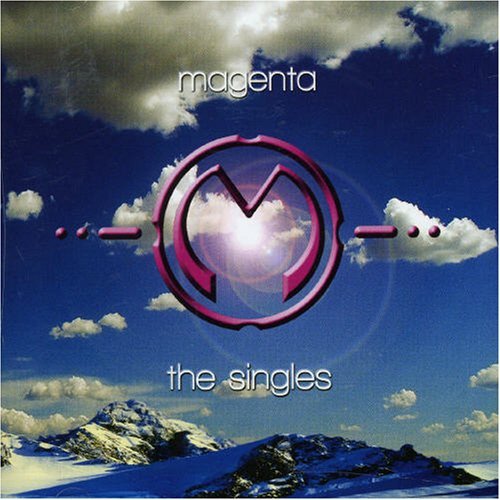 Magenta has always had a healthy output of singles alongside their three studio albums. Rather than keep re-releasing singles, Rob Reed (the group’s keyboard player, composer and producer) has decided to gather these songs together on an album. But he’s taken them one step further by actually re-recording many of them, from vocals to bass, drums, and guitars. The songs benefit from the band being more comfortable with the material, having played them on stage, so the studio performances are more confident (“King of the Skies” is a good example). Christina’s vocals are much more potent than I recall from the previous recordings and she takes command of her singing parts like I’ve not heard before. Even the few songs not given this treatment are at least shepherded through a healthy remixing job, as with “Night and Day” or the Trippa-era (pre-Magenta) grrrrl-rocker “Speechless.” Collections of this nature are mainly going to appeal to the fans who probably already own many of these recordings anyway, but for Magenta’s following this will still likely be a tempting purchase since it pulls together many non-album recordings, some of them obscure. I just keep wondering why prog bands put out singles in the first place. Songs like “Speechless” that embrace modern pop traits and sounds (akin to the recent Reed side-project Chimpan-A) have potential for broad public appeal and radio play, but the last time I checked, prog rock – even Magenta’s ear-friendly take on it – wasn’t exactly firing up the Billboard Hot 100.