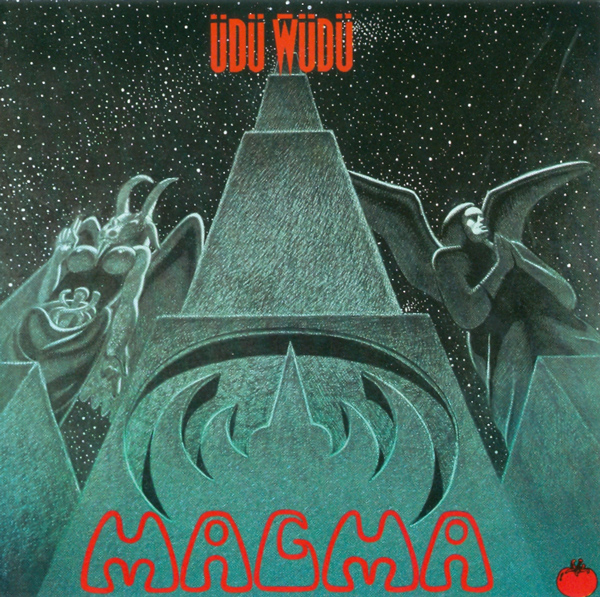 Here, Christian Vander strives to incorporate the various past styles of Magma into a single composite sound. Thus, one can hear elements of the early spirited jazz-rock mingling with the mechanical drive of the Mekanïk Destruktïw Kommandöh period and the vocal-heavy, complex arrangements of the most recent works. A core group of Vander, Jannik Top, and Klaus Blasquiz is joined by several other musicians on various tracks. The first half of the album contains five short pieces; three composed by Vander and one each from Top and Bernard Paganotti. Overall the music is extremely dark and foreboding, with a heavy bass presence and prominent use of the synthesizer. Paganotti's contribution, "Weidorje," features the insistent, repetitive bass riffing and chant-like melodies that his later group of the same name would come to embody. The second half of the album features Top's 18 minute piece "De Futura," a truly frightening, doomy vision. Two heavy bass themes alternate through several variations, joined by a sinister synthesizer, Vander's furious drumming and Blasquiz's vocals for a frantic accelerando to the diabolic ending.