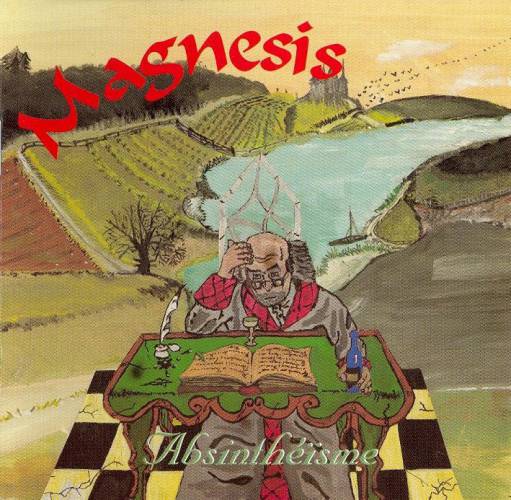 Not completely certain if this is essentially a solo project with some additional musicians helping, or if Magnesis is indeed a band. There are two albums that pre-date this one, neither of which this writer has heard. All the material was written by Eric Tillerot, with the sole exception of lyrics, which were penned by Frederic Przybyl, who is credited with nothing but the lyrics (which are all in French). Tillerot sings and plays keyboards, acoustic guitar on one track, and bass — although the 'bass' on most of the tracks sounds simply like a keyboard bass. Guitarist Pascal Maître adds some nice touches throughout, and gives each of the songs a lively edge; the drums, for the most part sound programmed, although a percussionist is credited, as well as two female guest vocalists. The music is a fairly typical French styled symphonic in the likes of Ange, Mona Lisa, and numerous other lesser bands, heavily theatrical and filled with lush, multi-layered keyboards and gripping melodic guitar leads. A degree of influence from Genesis is sometimes evident, as well as from French folk and classical music. Tillereot's voice is likeable enough, not as in-your-face as Décamps with Ange, yet still out in front of the music in the classic French symphonic style. The compositions are generally impressive, and the album has some very majestic and memorable tunes, yet the execution — due primarily to deficiencies in the bass and drums department, tends to hold it back. Still, there's plenty of worthwhile material here, and fans of this genre should have no trouble getting into this.

Thumbscrew Live in Black and White