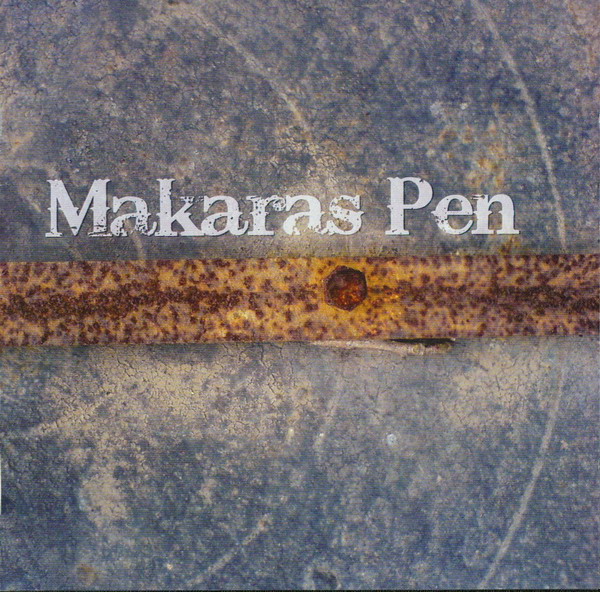 If you’re in the mood for dreamy female vocals drenched in reverb, there’s a bunch of bands you can turn to, many of whom populate the Projekt roster, but if you feel like a little more energy in the presentation, the list is a bit shorter. Which is why Makaras Pen is such a welcome addition to its genre — dreampop, darkwave, shoegaze, whatever you want to call it. Former Tearwave writer/guitarist Doug White puts a lot more aggressive sounds into this new band, though for the most part Emma Willis’ vocals fit into the dreamy, reverby arena. She’s just backed by bass and drums that don’t sound half-asleep, and the guitars really grab you at times. Not that anyone is likely to compare it to punk rock or heavy metal, but it’s pretty far from the gentle strums and jangles of most darkwave. Willis handles the gentle, breathy side of the vocals quite well, and for the other side, while she’s no flashy belter, she can notch up the intensity and volume to be heard above the louder parts of the songs as well. OK, so it’s not progressive, and there’s nothing in 15/8, not even a Mellotron (though it could be hidden back in the expanse of reverb), but it’s quite a good listen, with appeal beyond the shoegaze niche.

Frogg Café - The Safenzee Diaries – First things first. This is one of the absolute best sounding live albums this writer has heard, made even more surprising because nearly every track across the 2CD set was recorded at a different...  (2008) » Read more