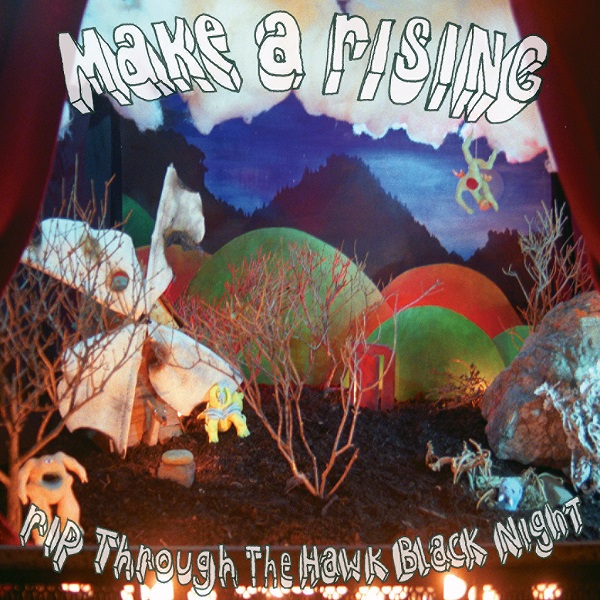 Make a Rising is an adventurous Philadelphia quintet cut from the mode of modern alternative experimental bands such as Tortoise and Olivia Trevor Control. Blending jazz and alternative rock elements suits the band well, interspersing somber piano bits and contemplative violin (as on the CD opener, “Look at My Hawk”) help establish their unique outlook. “Song for Dead Nickie” however is much more what I would expect from Wilco or Camper Van Beethoven except for the keyboard arpeggios and swelling violin in the cleverly crafted mid-section. I can’t help but recognize a John Cale cabaret-like veil across the disc as well since much of the band’s work keeps returning to piano-based melodic constructs like much of his best work on Fear. Jesse Moynihan’s childlike lead vocal is also quite purposeful on “When Moving West” which captures some of the essence of Brian Eno’s early pop excursions on Taking Tiger Mountain. In stark contrast pieces such as “Plastic Giant” and “Pun Womb” succeed as ambient drones and joyful noise expressions. The band finally exerts some punishing weight on “Lovely It May Seem” and “Lonesome in the Skiff” with clashing riffs and dynamic thought-out changes. The album closes out with two less successful pop tunes which muddy the waters a bit before ending the disc. In summary the group’s first recording is a bit of a mish-mash and the quintet needs to focus on refining their identity before planning another recording.