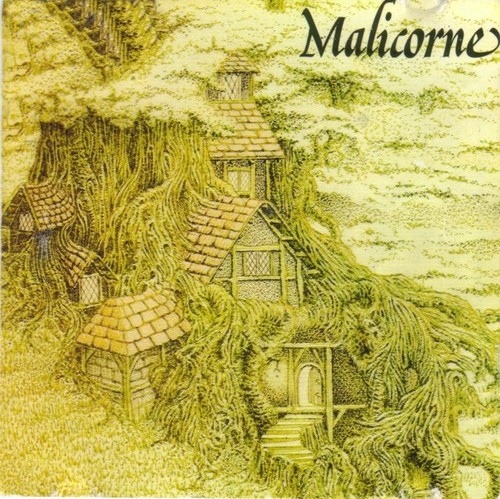 While credit is due to Alan Stivell for being the first great figure of the modern French folk revival, my favorite group of the entire genre is Gabriel Yacoub's Malicorne. Even though it was really after the band's Hexagone years where they turned into a more progressive and multi-stylistic unit, the band's take on folk and Renaissance music over the first four Hexagone albums (five if you count the compilation Quintessence) still bore the touch of the 70s in terms of production and sense of the cosmic. A few of the early Malicornes were self-titled, amended later to feature the first song on the album as the title, and to my ears this second one was the finest of their first era. Malicorne had several essential skills. On one hand they were consummate professionals at recreating traditionals. They were all very competent at their instruments (in so many cases instruments of the genre such as dulcimer, hurdy gurdy, bouzouki, zither etc). On the other they are one of the world's most underrated a capella groups (in fact later on they compiled these tracks on Vox) with a sense of harmony that never fails to impress. All of these skills came together to create records with a wide sense of color and mood, from energetic reels to the most mournful of ballads. All of the Hexagone releases are worthy of attention, but in terms of their most traditional work, this is their finest.

If Wishes Were Fishes...