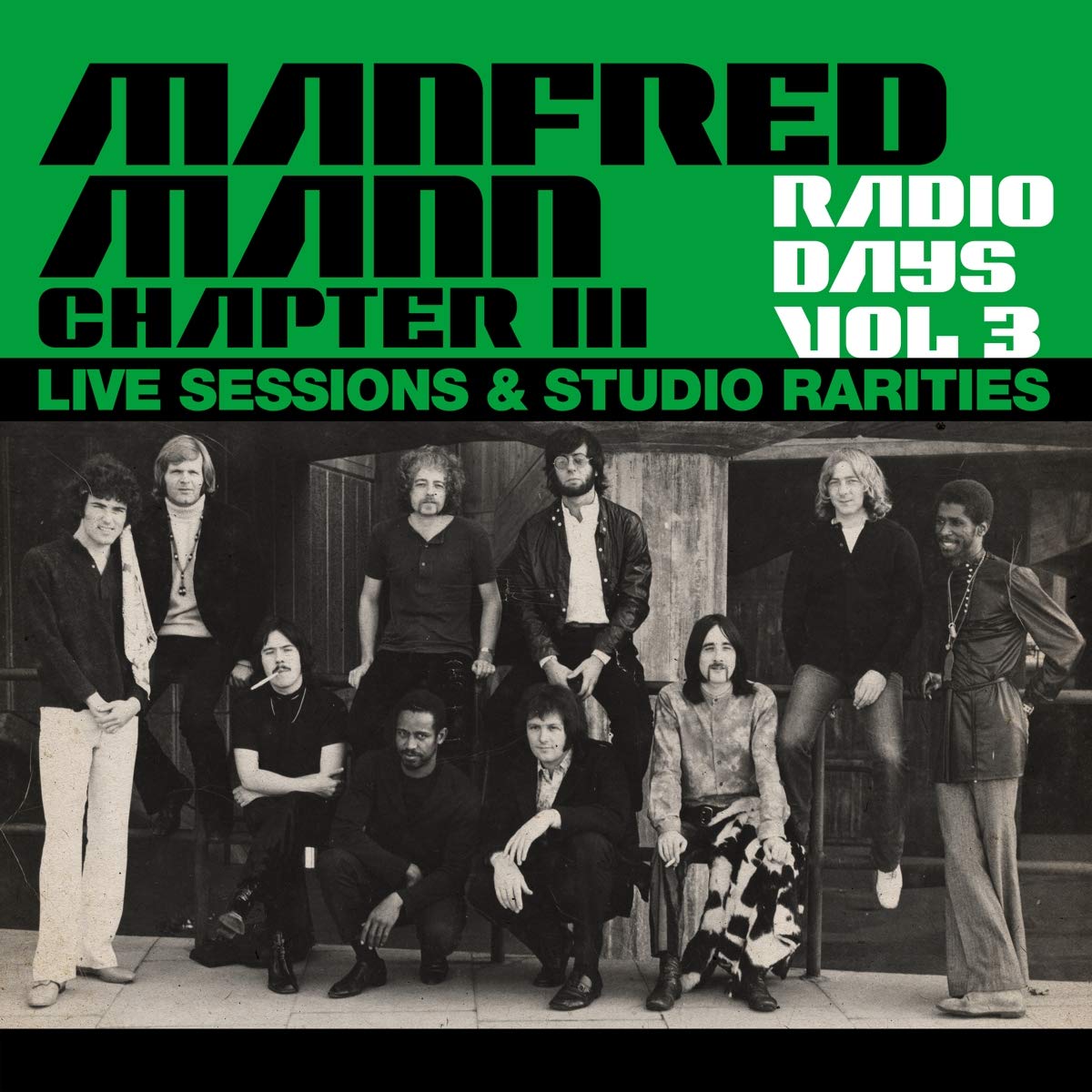 Manfred Mann, as of this writing, is just seventeen months shy of his 80th birthday, and what an amazing career he has had with his various bands through all the years, plus soundtracks and other incidental work. This year BBC Archives has released four double-CD sets of archival material from all of the bands bearing his name. The first double-disc set deals with unreleased material from the (singer) Paul Jones era from 1963-66, while the second focuses on the (singer) Mike d’Abo period from 1967 through early 1969, and the fourth set concerns itself with Manfred Mann’s Earth Band from 1971 through '73; the third set, and the subject of this review, focuses on Manfred Mann Chapter III, which existed from early 1969 through the end of 1970, and was an attempt by Manfred Mann (organ) and longtime band member Mike Hugg (piano, vocals, primary composer) to shed their past baggage as a pop hitmaking machine and go underground with a more free jazz-rock style. They recruited drummer Craig Collinge, bassist Steve York, and alto flutist Bernie Living for the core of the five-piece, plus a small sax and horn section to complete their sound. Now since this is BBC produced, one can expect a lot of radio sessions to be sure, as well as some short interview clips, and the opening track of the first disc is an interview from June ’69 where Mann discusses the breakup of the old band and the formation of Chapter III, saying that they didn’t expect much financial success from this endeavor, but it was just something they wanted to do. And as it turned out, it all lasted just a bit less than two years, with two albums (the second never released in America) and a third album recorded that remained entirely unheard until three cuts from it turned up on he Manfred Mann’s Earth band 4-disc box set Odds & Sods: (Mis-Takes and Out-takes) in 2005. Three more studio cuts destined for that third album are included on this set. Radio sessions of “Time,” “Sometimes,” and “One Way Glass” are included, demo versions of “Time” and “Konekuf,” and single edits of “Happy Being Me” and “Devil Woman” and more. The second disc of the set is where things really get strange: The first four tracks are soundtracks for several commercials the band created during their formative stages in early ’69, including one for Michelin tires, “The Maxwell House Shake,” and “Ski Full of Fitness Time.” “The Gorge,” an unreleased outtake from late ’68 is the earliest recording on the entire set. The remainder of the second disc consists of 22 excerpts from the Venus in Furs soundtrack recorded in January ’69, also previously unreleased. In all, two capacity-length CDs of unrleased out-takes, radio sessions, alternate versions and more.