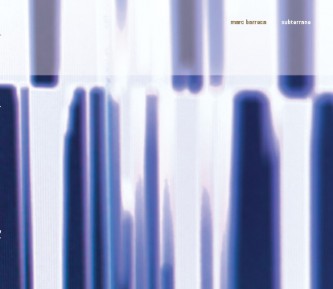 You know you’ve entered the modern era when the sole musician on a CD is credited with “acoustic and synthesized sources” — which in this case apparently involves a lot of field recordings. Whatever the sources, the sounds are manipulated to the point of unrecognizability, be they shimmering high streams, crinkly erratic mechanical noises, low warbling tones, ringing gong tones, jittery operatic insects — use your imagination. The listener will find an occasional anchor with the sound of a violin, accordion or percussion, clips Barreca has repurposed from his own previous recordings, reprocessed for new settings. At times, there is a serene ambient mood, but Barreca is not interested in sustaining any one texture for an extended time; it’s all about change and mutation, with non-melodic “themes” folding over one another like an origami project in time-lapse. Which is not to say it fails in an ambient context — in fact, it might function best in a background role, with the classic qualification that it rewards attention given in whatever degree the listener desires. It’s a fascinating entry into its field, and quite pleasant in a suitable context.

Chris Béya Atoll - Illian, J’entends gronder la Terre – There are several reasons to expect the worst from this release. Many “reunions” and “reformations” of bands from the 70s have not turned out well; a look at the credits shows...  (2005) » Read more