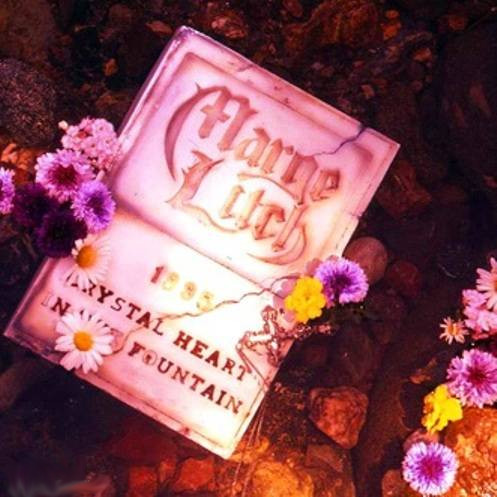 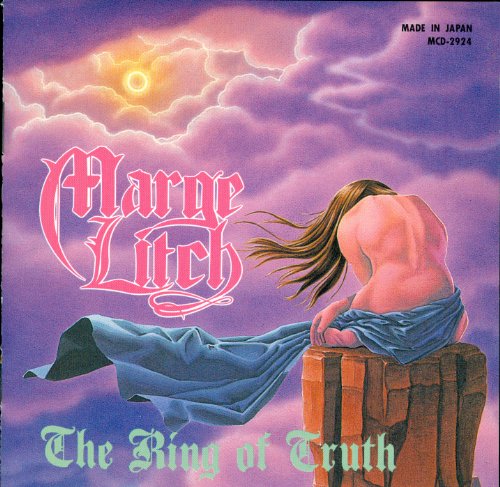 A Japanese symphonic band that has been active since the mid-80s, Marge Litch released their first CD, Fantasien, in 1991 after a long string of cassette-only releases. The Ring of Truth and Crystal Heart in the Fountain represent their second and third releases, respectively. The most prominent feature of their sound is powerful female vocalist Junko Nakagawa, who sometimes recalls Megumi Tokuhisa in her pre-Teru's Symphonia days with the group Magdalena, perhaps with a bit more vibrato. Yet Junko is often featured overdubbed, harmonizing with herself and even in unison, creating a massive wall of vocals, in itself a force to contend with; it's a very typically Japanese sound that for many is an acquired taste. She is backed by a four piece of drums, bass, keys, and guitar, and while much of Ring hovers in the same neo-prog territory occupied by mid-period Teru's – the bonehead drumming, the digi-keys, the protracted anthems – there are plenty of points where they do break out into some very fresh and original facets – enough to make the album worth checking out. Most notable among these is the twelve-minute "Witch of Ice." Overall, the production quality seems a little underpowered, the sound concentrated in the mid-ranges, while it tends to be a bit compressed in the louder passages.

By contrast, the three years that elapsed before Crystal Heart resulted in a major step forward for the band on all fronts: composition, originality, musicianship, and overall sound quality – a textbook example of how much a band can improve. The new sound is a bit more hard-edged, with more attention given to arrangements, the new keyboardist being a major contributor to that aspect, while the drumming has improved vastly as well. The new album is spread out over two discs, even though the total playing time is barely 71 minutes – my guess is that the two-CD version is a limited edition that may be combined to one disc in the future. The first disc contains only the twenty-one minute "Suite: Crystal Heart in the Fountain," a three part symphonic rock epic that will both impress and prepare the listener for the balance of the material on disc two, six tracks in the seven-to-ten minute range that go even further to establish them as one of the best symphonic bands in Japan today. In short: Marge Litch has arrived.