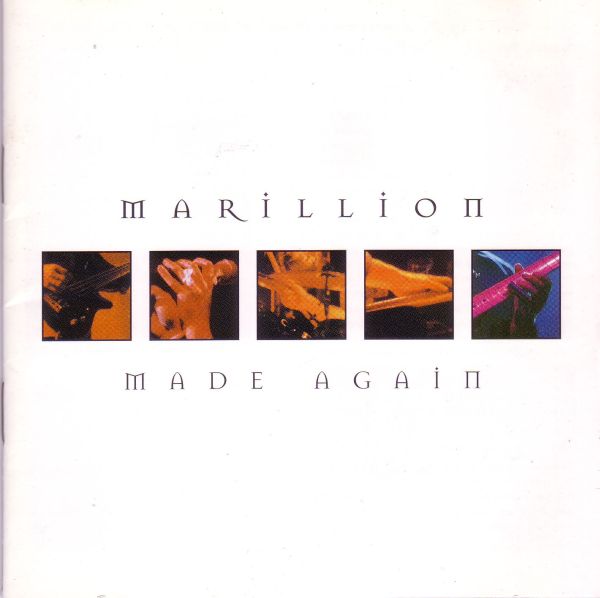 Made Again marks the first official release live album documenting the Hogarth era, and contains tracks from all four studio albums represented by the current lineup. The 2CD set is made up of a live rendition of the 1994 album Brave in its entirety, plus three to four tracks from the other three albums, and staples "Kayleigh" and "Lavender" thrown in for good measure. If you liked Brave, and desire a live concert of it, then this album is a must. However, the obvious time constraints of the CD format end up short changing the Season's End, Holidays in Eden, and Afraid of Sunlight material. I'd also have preferred no Fish-era songs here in favor of something like "Berlin," "The Rakes Progress," or "Season's End." If you're not a big Brave or Afraid of Sunlight fan, but enjoy the earlier Hogie material, you'd be better off trying to get a few of the fan club Racket CDs. The versions of the "Season's End" and "Holidays in Eden" tracks are better, as is the track selection representing these releases.