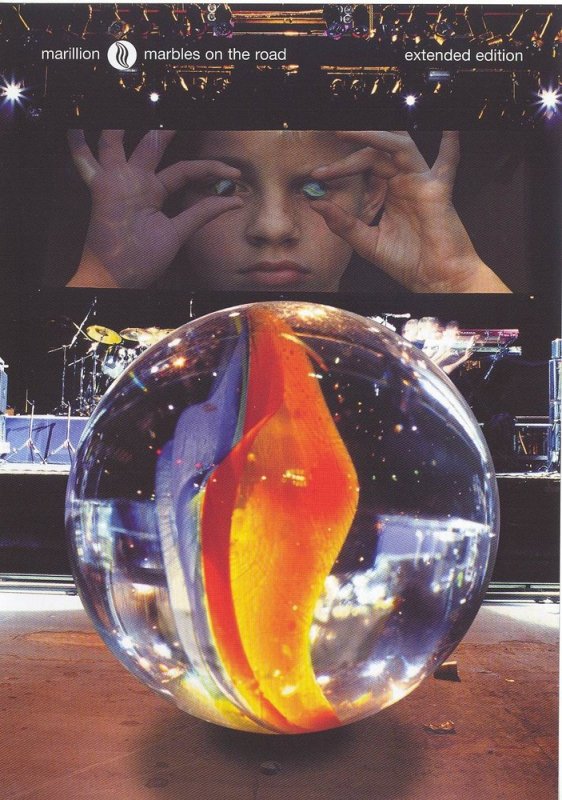 Marillion has taken another big step to document a complete show from a recent tour and make it available to their fervent international fans. The Marbles CD had been well received in the UK and this complete film of their performance from two July 2004 gigs is a confident return to the London Astoria. Director Jayce has done a fine job presenting the band’s onstage personality warts and all within a fifteen camera shot that focuses clearly on front man Steve Hogarth. Crooning from behind keyboards the long-time lead singer delivers unwaveringly his familiar song craft. However good the band performance though, the new material just doesn’t have enough to sink your teeth into. Despite the strong opening cut, “The Invisible Man,” I get the funny feeling that the group is really going through the motions on a watered-down linear concept that has few peaks or valleys. It’s not until the encores that they step up to the plate with the memorable bridge from Brave leading into “Living with the Big Lie” that builds a forceful opening to close out the show. Five older pieces chosen from Hogarth’s first recordings with band are also included from “Estonia” to “Uninvited Guest” originally from Season’s End. I must admit that Marillion can still knock out commanding renditions of their back catalogue but without convincing new material to leverage on it appears that light could go out on this strange engine without too many recognizing the group’s gone to ground.

Robert Rich - Propagation – Rich is one of the more interesting of the "electronic" artists, his music is as much organic as it is synthesized. With a very wide array of flutes of different origins, and the occasional use of the...  (1994) » Read more