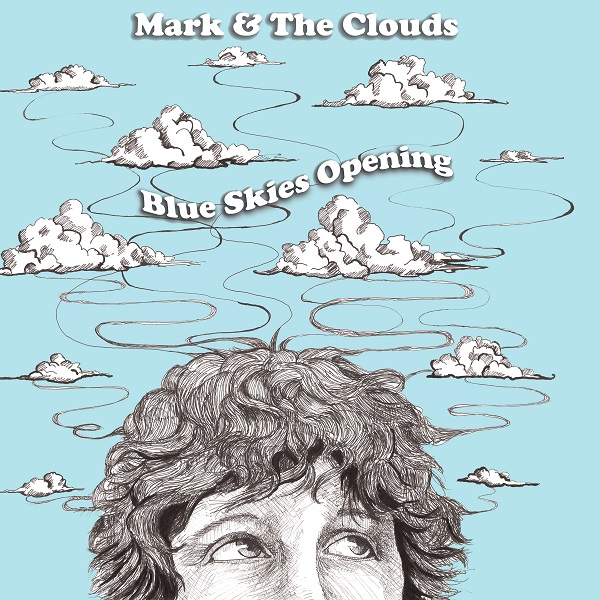 The cover art is a great match for the band’s name as well as the album title, but it does not prepare you for what you will hear. Mark and the Clouds is fronted by singer and songwriter Marco Magnani. What you experience on Blue Skies Opening is an infectious set of catchy pop psych songs. There is a plethora of influences percolating throughout the disc from John Lennon to The Everly Brothers to rockabilly. The music grabs you with the very first song, “In the Storm,” with its rocking psych rhythms, musical hooks, and vocal harmonies like The Beach Boys, as well as a hint of The Raveonettes. There is even a slight nod to Tex Mex and Doug Sahm on “The Grudge.” “Darkened River” is particularly outstanding with its Gothic western attitude that conjures up images of the band Guano Padano, especially the whistling. Then “For All Diamonds to Shine” prompts a comparison to Donovan’s “Epistle to Dippy.” The frustration for me is that many of the musical references are elusive, though they sound familiar. The closing song “Are You Taking Time?” is powerful and a great way to end the disc, making you want more. Blue Skies Opening is a fantastic debut release and it is available as both a limited edition blue vinyl LP (released July 28) as well as a CD (released July 14). In addition, to complement the release of their album, Mark and the Clouds have also released a free single with the title track b/w “I’ll Follow the Sound,” a non-album song. Blue Skies Opening is a fun and breathtaking release that is sure to please.

Related artist(s): Mark and the Clouds

Christian Vander - Offering I - II – It had been a while since Magma left us with Merci, and this, the first true Vander solo project finally appeared in 1986. Musically, Vander began exploring some undeveloped territory, as evidenced by...  (1995) » Read more