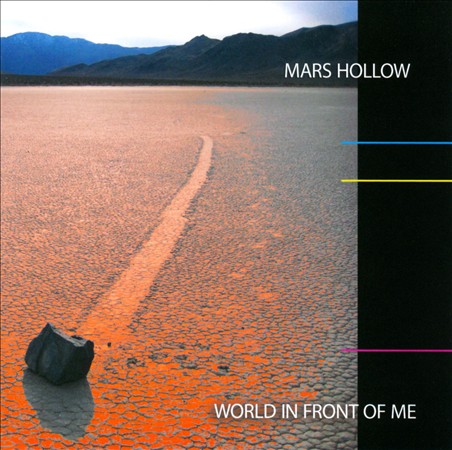 Not content to rest on the laurels of their well-received 2010 debut, LA-based quartet Mars Hollow have returned quickly with their sophomore effort. This one has also rapidly garnered praise from prog fans worldwide, and it doesn't take long to understand why. The music here strongly evokes Yes circa Going for the One, or even some of the better Yes imitators like Starcastle or Glass Hammer. John Baker's lyrics aren't nearly as cosmic, though his tenor pierces the rich instrumental mixture with equal parts power and melodicism, reminding me of Ambrosia's Puerta and Pack. Other than an occasional solo or melodic lead he rarely grabs the spotlight with his guitar, instead letting his bandmates (Jerry Beller: drums, Kerry Chicoine: bass, Steve Mauk: keyboards) drive the material along. Despite the Yes similarities, these guys don't wallow in vintage bravura, and actually confine themselves to a relatively narrow textural palette with only brief forays into acoustics, as with "Mind over Matter" or the solo piano turn that precedes the 11+ minute title track. Nonetheless, Chicoine's aggressive Rickenbacker playing and Mauk's synth leads firmly root the band's sound in classic prog rock firma terra. It's not a perfect album: Beller's drumming often goes out of its way to fill space when a solid groove would better serve the arrangement, and some of the instrumental forays sound forced or overstay their welcome. But in general Mars Hollow have produced a superior album that justifies its acclaim.

Steve Roach - Destination Beyond, Afterlight, Immersion: Four – Steve Roach released these three CDs as an individually numbered boxed set or as separate items. As with any minimalist music, you are not on the fence: as you either love it or loathe it. All three...  (2010) » Read more