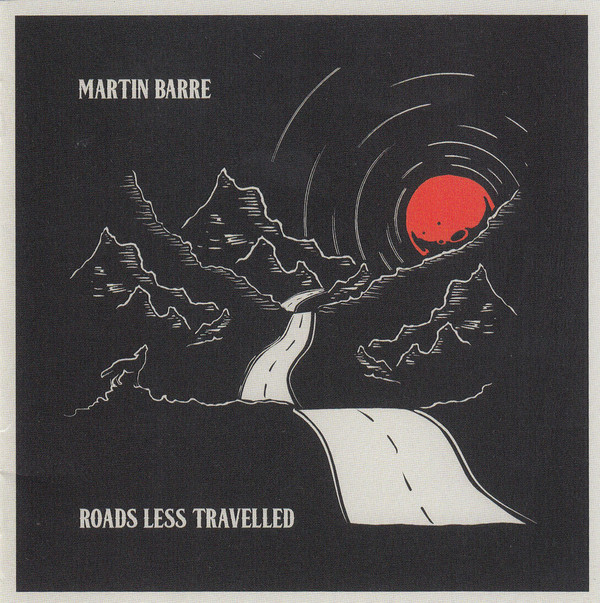 Given his long tenure in Jethro Tull, Martin Barre’s distinctive style of guitar playing has to be one of the iconic elements of progressive rock, and it is testament in part to his skillful blending of rock, folk, and blues phrasing that he is less emulated than some of his contemporaries like David Gilmour, Steve Howe, and Steve Hackett. This new album finds the veteran dishing out 11 tracks of catchy rock with distinct folk tinges courtesy of mandolin, mandola, banjo, and acoustic guitar on several of the songs. There are no complex multi-part suites or anything, just well-written songs in the three-to-six minute range, so one could probably make a comparison to one of the more straightforward Tull albums — say Rock Island or Catfish Rising — though to my ear Roads Less Travelled is more satisfying than either of those. Dan Crisp handles vocals on most of the tracks, though Becca Langsford provides a lovely alternative on “Badcore Blues” and Alex Hart takes "You Are an Angel." Barre provides a good balance of tempos and sounds, giving each tune its own identity and keeping things interesting. His playing is impeccable on all of his instruments, tasty and imaginative, whether hitting the wah-wah, slide, or straight picking, and the blending of acoustic instruments with electrics is beautiful. His rhythm section of Alan Thomson (bass) and Darby Todd (drums) is spot on, energetic when they need to be, subtle when that’s called for. A few tracks feature keyboards from Josiah Johnson, but for the most part it’s Barre on multiple parts. He’s a master of technique without being overtly flashy, but even more a master of arrangement and texture, playing exactly the right thing on the right instrument with the right tone for every situation. Far from simply being a guitar geek’s album, this is a solid set of timeless songs that deserves to reach a broad audience.